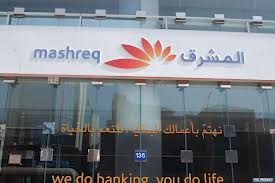 The new Snapp mobile app is yet another highlight in the history of mobile banking, answering the fiercely-debated question “Can mobile banking change the customer lifestyle?”

The new Snapp, empowered by the latest technology, has not only reshaped mobile banking in the region but has also opened up unmatched opportunities to further solidify Mashreq’s leadership. Retaining its popularity the updated Snapp offers a wealth of new features, such as real time bill payment and investment, mutual authentication through one time password and SMS notification.

Adding novelty to the application, Mashreq will enable Snapp users via GPS to integrate real time with partners for a wide range of services like dining offers, easy payment plan deals and even Salaam Redemption partner offers. This integration will allow both Mashreq and Non-Mashreq customers to use this tech-savvy feature by just downloading the new Snapp on their Windows 8 platform and using their online credentials to login.

Announcing the launch Aref Al Ramli, Head of Electronic Business and Innovation, Mashreq said, , “Snapp has seen massive growth and popularity amongst users in the last few months. Our research and development to make it a complete solution has been constant. Keeping in mind its ease of use for our customers it was only fair that we enhanced it to suit all the most popular platforms like Windows, Apple, Android and Blackberry, across mobile and tablet devices.”

The new Snapp is fully integrated with the Mashreq Loyalty Program “Mashreq Salaam” allowing customers to redeem their Loyalty Points on the move at more than 1,500 participating partner outlets. Furthermore, it is updated with the latest Google maps to recognize Mashreq’s wide-distribution network of ATMs and branches. Safeguarding customers’ financial transactions, the new Snapp is armed with Java based applications with exactly similar functionalities across platforms.

Al Ramli added, “We have not only integrated several new features to upgrade its usage but have also made it conveniently possible for non-Mashreq customers to use this revolutionary application.” The new Snapp empowers users to conveniently make their choices for a plethora of services like dining, movies, clubbing, shopping etc at discounted rates. The first of its kind and designed with convenience in mind even for non-Mashreq customers, Snapp identifies partners by location to obtain GPS navigation guidance for customers to reach their destination. These features make Mashreq the best in the market as compared to its competitors in the region.

Mashreq’s Snapp has taken mobile banking to another level with its unique location aware offers, presentation, simplified log-in and state-of the-art UI, to provide a holistic view to the entire relationship.

To rewards its customers, Snapp from Mashreq is running an exclusive campaign to give away an assured gift worth AED100 from Liali Jewellery for new Snapp registrations. New to Snapp customers just have to login with their MashreqOnline UserID and Password to earn the assured gift. Promotion is valid till September 30, 2013