Kuwait’s Warba Bank, an Islamic lender set up three years ago, will be listed on the country’s stock exchange on Sept. 3 after a restriction on public trading of the stock ended, an analyst and an industry source familiar with the matter said. 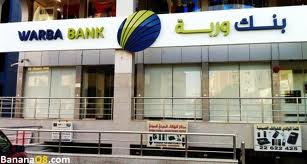 A majority of the shares in the lender, set up with a capital of 100 million dinars ($351 million), were gifted to Kuwaiti nationals as part of the state’s wealth sharing, with each citizen receiving 684 shares.

The remaining 24 percent of Warba Bank is owned by the sovereign wealth fund Kuwait Investment Authority. The listing does not include sale of any new shares in the bank.

Shareholders were legally restricted from trading their stock on the exchange for three years after the April 2010 establishment date, with some private transactions taking place since that period expired earlier this year.

Despite a 5.8 percent drop this week, Kuwait’s benchmark index has risen 28.6 percent year-to-date on the back of strong retail interest amid an improving economic picture in the Gulf state.

Shares in Warba bank are currently traded privately, on the secondary market and are expected to rise once listed on the exchange as a wider investor base, including foreign investors, will be able to buy in. The stock has a par value of 100 fils.

“The value went up to 200 fils (0.2 dinars) per share in the grey market and it’s expected to jump by 50 percent once listed on the exchange,” said Fouad Darwish, head of brokerage at Global Investment House.

Warba Bank had total assets worth 223 million dinars at the end of 2012, according to local press reports in March.