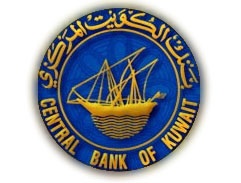 The Central Bank of Kuwait

The Central Bank of Kuwait said on Thursday that the country’s trade balance surplus reached KD 25.442 billion in 2013 compared to KD 26.762 billion a year prior.
According to initial estimates, the balance of payments (BoP) showed a continuation of surpluses generated from external balances, with the current account surplus recording a drop of around KD 20.316 billion compared to KD 22.062 billion in 2012, said CBK in a statement.
The current account surplus identifies the result of transactions between the local economy and other economies in relation to goods, services, main income (investments) and secondary income (conversions).
The decrease of the current account surplus in 2013 mainly reflects the drop of the trade balance surplus.
On the BoP, the Central Bank said that the scale of growth in foreign net assets witnessed a drop, with the financial account recording an increase of KD 21.711 billion in net foreign investments compared to KD 23.566 billion the year before.
Due to this data, the accumulative scale of payments recorded a surplus of around KD 954 million compared to KD 918 million.