International Islamic announces financial results for the first quarter of 2014 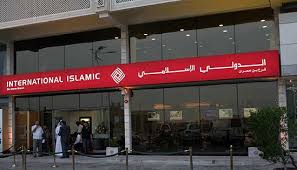 His Excellency Sheikh Dr. Khalid Bin Thani Bin Abdullah Bin Thani Al Thani, Chairman and Managing Director of Qatar International Islamic Bank (“International Islamic” or “the Bank”) announced the Bank’s financial results for the first quarter that ended on March 31, 2014. HE Sheikh Dr. Khalid said the Bank’s net profit stood at QR 204 Million end of the first quarter of 2014, compared with QR 185 Million in the same period in 2013, representing a growth of 10.2%, . There has been a continuous improvement in all operations of the Bank which is reflected in the noticeable growth of International Islamic’s total income along with the Bank’s customer base. The Bank has contributed to and is a strategic participating member of the Qatari economy, which is very strong and growing rapidly under the wise leadership of His Highness The Emir of Qatar, Sheikh Tamim bin Hamad Al-Thani. “The Bank’s growth is in tandem with Qatar’s development,” HE Sheikh Dr. Khalid said. He also said that there are plenty of growth opportunities in the Qatari economy and that International Islamic is making all efforts to make the best use of these opportunities and translate them into further growth for the Bank and its shareholders. “These growth opportunities will provide a momentum for all sectors of the economy especially with the approval of the fiscal year 2014-15 budget by HH The Emir of Qatar, Sheikh Tamim bin Hamad Al-Thani. The budget is the largest ever in Qatar’s history and focuses significantly on upgrading the country’s infrastructure. An outlay of QR 87.5 Billion has been provided for completion of some existing projects and to undertake new projects.” He further said International Islamic’s strategic plan is line with the Bank’s expectations and maintains the prescribed schedule. “The good financial performance of the Bank motivates all of us to work even harder and use opportunities both within Qatar and outside to promote growth in accordance with the appropriate due diligence, particularly in the area of market risk. International Islamic continues to do well in managing the risk of its financing and investing portfolios,” HE Sheikh Dr. Khalid said. For his part, International Islamic CEO, Abdulbasit A. Al-Shaibei said the bank’s total income in the first quarter of 2014 reached QR 362.2 Million compared with QR 335.9 Million in the corresponding period last year. International Islamic’s total assets reached QR 34 Billion in the first quarter of this year compared with QR 29.3 Billion in Q1 – 2013. The financing portfolio at the end of the first quarter increased to QR 19.9 Billion compared with QR 15.6 Billon in the corresponding period in 2013, reflecting a growth of 27.5%. Deposits totaled QR 24.7 Billion in Q1 – 2014, a growth of 21% over the corresponding period in 2013. The bank’s Capital Adequacy under Basel II stood at 18.3%. This indicates International Islamic is in a very strong and sound position. Abdulbasit A. Al-Shaibei said the financial results for the first quarter indicate that the Bank’s growth has been continually improving since it was established in 1991. He added that the Bank is working hard to achieve growth in all areas as well as working on enhancing the standing of International Islamic within the Islamic financing market. He further said International Islamic maintains its competitive edge in the market and the Bank’s growth confirms this. The Bank’s financing portfolio is diversified across various segments and sectors of the economy. The Bank is keen, as a loyal national contributing member of the Qatari economy, to support and facilitate economic growth through providing financing for various projects and events. Elaborating International Islamic CEO said the Bank focuses on all segments within the economy whether it is large scale such as infrastructure projects or providing support and financing to Small and Medium Enterprises (SMEs). The Bank has taken a special and active interest in the latter segment (SMEs), which is in line with the National Vision, as the Bank believes it to be a very important component of the national economy. A large number of investors, numbering nearly more than 35,000 applied through International Islamic. This confirms the trust and confidence both customers and shareholders have in International Islamic. While great opportunities lie in the Qatari economy, the Bank is setting itself a challenge to maintain further growth and actively engage in various sectors of the national economy. Financing forms a key part of the national economic development, which the Bank fully realises. Al-Shaibei said International Islamic is giving priority to the local market with a sound risk management system and credit policy in place, as is reflected in the current and previous Financial Statements. While focusing on the local market, International Islamic will also look at opportunities outside Qatar. At the same time, the Bank will exercise due diligence while examining these opportunities abroad. The Bank will proceed only if the opportunities present an acceptable risk and return on investment for the Bank and its shareholders and are in line with the Bank’s strategic goals. On Human Resources, the CEO said “International Islamic focuses strongly on developing Qatari talent within the bank. In line with its national duty and moral obligations the Bank has newly recruited many Qataris, provided them adequate training and placed them at appropriate positions in the bank including senior level management.” The bank also offers Qataris good career prospects. International Islamic strongly believes in the ability of the Qatari workforce and will do all that is possible to further nurture their talent and develop their skills. “Corporate Social Responsibility (CSR) is another area where the bank focuses on,” Abdulbasit A. Al-Shaibei said. “The bank will continue to support all nation building initiatives through its CSR programme.”