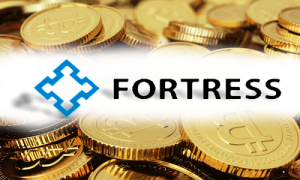 Fortress Investments, a leading investment firm operating in the Middle East, says that Dubai’s move to study setting up an Islamic Exim Bank would go a long way in increasing the flow of investment into the UAE.

“Exim Bank is by definition an institution responsible for facilitating international trade by financing the purchase of domestic exports and providing guarantees or insurance for foreign lines of credit. We believe financial institutions will have a role to play in contributing to the capital of the proposed bank,” said Hamed Mokhtar, Managing Director at Fortress Investments.

The establishment of the Shari’a compliant Exim bank will boost cooperation between public and private sectors, enhance capabilities of the local trade finance lenders and encourage exports.

Mokhtar added: “The move to set up an Exim Bank reflects Dubai’s pioneering drive to adopt global best practices and contextualize them to the Dubai economy. Such a bank would provide a shot in the arm for inward and outbound trade. Further, it will go a long way in attracting foreign investments to the market, benefitting simple trade or complex multi disciplinary commerce involving several parties.”

Setting up such a bank itself is a great idea, but what is even more significant is to create it as the first fully Sharia-compliant institution of its kind, and this speaks volumes for Dubai’s ambition to become the capital of the world’s Islamic economy.Mokhtar said he foresees ample opportunities as the finance sector would be the biggest winner of the strategy that Dubai is heralding. There is huge liquidity that goes with Sharia-compliant investment.The main objective of the new institution would be to assist businesses in the UAE to grow their trade by providing risk mitigation, financing and market access.Mokhtar says that financial institutions would play a key role in contributing to the capital of the proposed bank which in turn would bring high returns to the creditors of these institutions.

He said the proposed bank would also play a major role in contributing to the infrastructure upgrade that would be needed in the run up to EXPO 2020.

Exim Banks commonly provide insurance cover to exporters against losses from non-payment by importers, as a means to promote a country’s foreign trade. Other services may include marine insurance, post-shipment discounting of invoices and pre-shipment advances against confirmed orders.