Emirates NBD, a leading bank in the region, has revealed extraordinary growth in its social media network 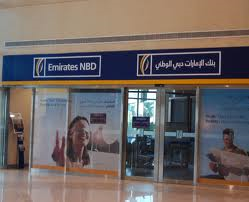 and its positive impact on customer relations.

The bank launched its social media programme in August 2012, focusing on a Facebook page and appropriate use of a Twitter feed. Facebook was ranked as the most engaging of the bank’s social media platforms, as Emirates NBD became the first in the UAE to have built a following of more than 122,000 “fans” by August 2013.

Aimed at instantly highlighting relevant news, Emirates NBD’s official Twitter account @EmiratesNBD keeps followers updated with bilingual tweets about all matters related to the bank. In addition, the bank has another Twitter account @ENBDdeals to showcase special offers and discounts, enabling customers to take advantage of the best deals in real time, including food and beverage and travel deals being offered by the bank in coordination with its partners. Twitter followers have grown over a 100-fold since the launch, and the micro-blogging feed now reaches more than 16,000 followers.

Emirates NBD also has an Instagram platform that it uses to host and promote photography competitions, including one the bank launched last year to depict the festive spirit in the UAE on the occasion of its 41st National Day. The first-of-its-kind competition received an overwhelming response, with more than 1,000 user-generated photographic entries.

Most importantly, the bank’s social media network has created a significant positive impact on customer relations, turning some of the most aggressive complainants into grateful customers. With more than 70 per cent of customer issues being resolved within a few hours, customers are increasingly turning to Emirates NBD’s Facebook and Twitter platforms to seek quick resolution of their problems.

Vikram Krishna, Head of Group Marketing and Customer Experience, Emirates NBD, said, “Emirates NBD is committed to the path of technology and innovation and aims to utilise the power of social media to keep our customers engaged. We are aware that customers are increasingly managing their lives through social media and internet-enabled platforms, and have developed a significant suite of communication tools across a range of social networks and applications.”