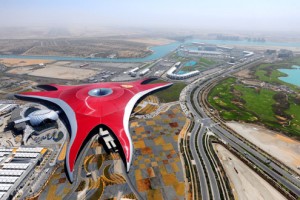 Commenting on the win, Jesse Vargas, General Manager at Ferrari World Abu Dhabi, said, “We are delighted to receive this prestigious award and would like to thank World Travel Awards and our fans for recognising us as a key player in the theme park industry. Since 2010, the park has been offering visitors an unmatched exhilarating experience and over the past few months we have embarked on an unprecedented expansion to deliver an even more thrilling experience for each family member.”

The park, which is currently undergoing ambitious expansion plans to create an even more exciting proposition for visitors, has received a number of accolades in recent months. With the latest announcement of another record-breaking rollercoaster, Flying Aces, adding even more thrills to the line-up of attractions, it is rapidly cementing its place as the go-to theme park for enthusiasts from across the world.