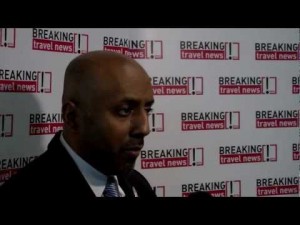 Speaking on the occasion, Al Noman said that the Arab Tourism Organisation honour is a new milestone and achievement to the list of Sharjah’s accolades and number of awards received in recent years, all thanks to the cooperation and joint efforts of all government and private sector players in accordance with the vision and leadership of HH Dr. Sheikh Sultan bin Mohammed Al Qasimi, Member of Supreme Council and Ruler of Sharjah.

Al Noman said that thanks to the directives and guidance of Sharjah’s leadership, the emirate’s march of progress has not only had its impact at local level but is being recognised internationally. The events include the Sharjah International Book Fair, Sharjah Heritage Days, Sharjah Theatre Festival, Sharjah Biennial and Sharjah Light Festival are some of the attractions that continue to draw visitors to the emirate and have earned it a special place on the world tourism map.

He also said that the Emirate of Sharjah and its various entities in the tourism sector are currently busy working on the development of plans and strategies for the celebrations next year to mark the title of the Arab Tourism Capital for 2015. This includes setting up of a special committee for celebrations in coordination with tourism industry partners in the emirate. Hotel industry in the Emirate is also gearing up for the festivities and tourist delegations.

For his part, Arab Tourism Organisation President Dr. Al Fehaid said that the Arab Tourism Organization had formed a working group of with various stakeholders including the SCTDA and the National Council for Tourism and Antiquities to determine the merits and procedures of declaring Sharjah as the Capital of Arab Tourism for the Year 2015. The aim is to jointly ensure the success of this accolade for Arab tourism industry and to highlight the importance of rich tourism industry in the UAE in general and Sharjah in particular, he said.

On this occasion, Al Noman briefed the guests about the Sharjah Islamic Culture Capital 2014 celebrations and the number of events and activities unveiled to mark the honour, most notably, the creation of Al Majaz Island Amphitheatre which can host more than 4,500 people and which recently witnessed the spectacular �Clusters of Light’ presentation. With more than 200 artists from across the Arab world and beyond, the Clusters of Light was watched by more than 15,000 spectators over five days.

The two sides discussed a number of initiatives, exhibitions, conferences and special activities to mark the crowning of Sharjah as the Capital of Arab Tourism over the next year. The special activities and events will focus on and reflect the Arab identity epitomised and celebrated by Sharjah in its various festivals, culture, heritage and architecture. The two sides agreed on the importance of effectively highlighting and marketing the honour at all levels and to make it a universal success.

At the conclusion of the meeting the two sides agreed to hold regular meetings and organize a joint committee to follow up on the preparations for the celebrations of Sharjah the Capital of Arab Tourism for 2015.