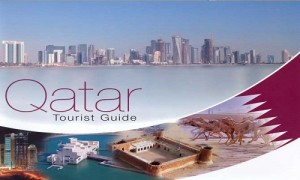 Qatar Tourism Authority (QTA) has revealed that it will launch the new Qatar Destination Brand at the IBTM exhibition, to be held in Barcelona from November 17 to 19.

In a press statement on Thursday on the sidelines of the QTA’s conclusion of its participation at the World Travel Market 2015 expo in London, Director of Public Relations and Communications at QTA Faisal Ahmed Al Mohannadi said that QTA’s sixth office will be opened in the Italian city of Milan, adding that it will be a great addition to promote tourism in the State of Qatar beside the five offices existing in each of UK, Germany, France, Singapore and Riyadh.

The new office will reflect the Italian tourists’ point of view and will encourage them to visit Qatar, especially that Qatar Airways operates five daily flights to Italy, and this is what gives a great importance in our strategy of targeting large tourist markets, Al Mohannadi said.

QTC launched during its participation in this year’s exhibition “Qatar Destination Brand” as a premier tourist destination which is a new phase towards achieving Qatar’s National Vision 2030.

Al Mohannadi underlined that the marketing campaign is targeting a group of tourists, saying that the brand was promoted through taxis, as well as economic magazines to reach this target group, who is looking for distinctive cultural experiences.

He also hails the large attendance at Qatar’s pavilion in the exhibition, stressing that this is an evidence of the good organization and success in highlighting the State of Qatar as a tourist destination on the world map, a goal which the Authority seeks to achieve.