Dubai’s iconic island resort, Atlantis, The Palm, has closed an $880 million syndicated loan, a $30 million increase from its original $850 million target, according to banking sources. 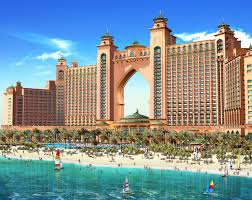 As previously reported by Thomson Reuters LPC, the deal is priced at 500 basis points (bps) over LIBOR.

Proceeds will be used to refinance a $700 million, 12-year term loan that was signed in July 2005 and priced at 160 bps over LIBOR. That loan backed the construction of the luxury hotel resort and aquatic theme park.

Atlantis, The Palm, opened in 2008 as a joint venture between Kerzner International Holdings and UAE holding company Istithmar.

Luxury hotel chain Jumeirah Group, part of Dubai Holding, is also in the market for a six-year $1.4 billion loan, priced at 275 bps.