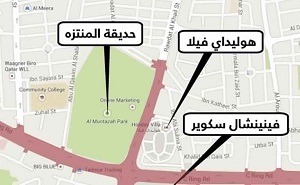 Public Works Authority (Ashghal) will start working on third phase of the C-Ring Road development project on Thursday, with the stage set to last for two and a half months and coincide with the completion of the fourth phase of the project.

Work on this phase includes widening the road to four lanes instead of three and increasing its capacity to accommodate current and future traffic and improving its overall design, Ashghal said in a press statement.

In order to minimize traffic disruption, only one of the three lanes will be closed in each direction throughout the third phase of the project. All entrances to residential areas and commercial establishments will remain open throughout the same period. All four phases of the C-Ring Road project are expected to be completed in the second quarter of 2015.

The C-Ring Road upgrade is part of the expressway program implemented by Ashghal to create a long-term, sustainable road network that links all areas across Qatar. Road enhancement works include converting a number of roundabouts to signal-controlled intersections and widening certain roads to increase their capacity.