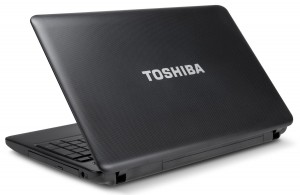 The notebook market share race is one of the most important technology footholds in the Middle East- and everyone is trying to get ahead. Toshiba is taking the lead and penetrating the competitive industry, according to the latest International Data Corporation’s (IDC) CY 2013 final results. Toshiba Gulf FZE is reportedly the number one vendor for notebook market sales in Saudi Arabia, Jordan, and East Africa.

In 2013, Toshiba introduced a number of products including the Ultrabooks, the detachable Portege Z10t and convertibleSatellite U920t, and the Encore WT8, a tablet designed for work and play suitable for on-the-go multimedia enthusiasts. It’s a do-it-all product when you want to leave your iPad at home, making it popular for the business traveler crowd or ‘treps on the go. The fact that both Windows 8 and 7 are available as operating system options for the Ultrabooks could be one point of popularity for Toshiba. In terms of Encore WT8’s popularity, having the combined power of Windows 8.1 and Intel Atom, a wide display panel for enjoying videos and pre-installed Microsoft Office, makes it a decent alternative to the iPad mini