Qatar will be the first Arab nation to host the FIFA World Cup 2022 which would propel the country to greater heights and new opportunities, said Kuwait Finance House here Saturday. 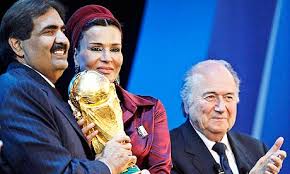 A report by KFH said that Qatar has placed more than USD 65 billion of infrastructure development spending plans as part of the National Development Strategy (2011-2016) The World Cup will ensure that these massive projects and strategies will be implemented accordingly as this event will show case Qatar to the world. All the catalyst which has been mapped out will offer unexploited potential for investors globally particularly in the real estate market. The government has identified three key pillars in hosting a successful World Cup and has committed to investing billions on putting the required infrastructure in place. Connectivity is at the forefront of current planning and USD 44 billion has been earmarked to equip the country with a world class network, with a new port and airport that can process 50 million people a year and a fully integrated USD 35 billion rail network in the planning stages as well as the Bahrain-Qatar causeway. According to Government statistics, 1.69 million people currently reside in Qatar which continues to drive demand for residential accommodation. The increase in population is due to recruitment of foreign workers by new and expanding businesses. As stipulated in the chart below, the supply of residential apartment is primarily focused within the Diplomatic District and The Pearl estimated around 18,000 units in 2013. Occupational rates in residential apartment in these two areas are expected to be strong with 95 percent occupancy rates expected throughout 2013.