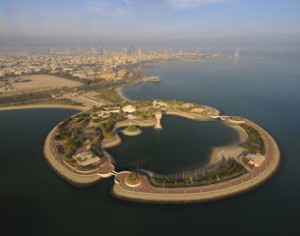 “Implementation of the law on the national fund for support of small-medium projects is expected to take two months,” said Deputy Prime Minister and Minister of Commerce and Industry and Acting Minister of Education and Higher Education of Kuwait Abdelmehsin Al-Medej, Thursday.
In remarks to KUNA, the official added the detailed particulars and regulations are to be finalized very soon and the most important thing that remains is actual formation of the managerial structure.
Regarding the shortage of lots available for small and medium-size enterprises, he said the Public Industry Authority is currently coordinating with concerned state bodies to iron-out this impediment. Al-Shdadiyah area project, he pointed out, makes available some 1,400 lots to industrial use and utilization by small projects.
The authority is also to break up lots in Al-Shuaiba and Abdullah Port areas into smaller lots to better suit small projects, he revealed.
Moving on to the visit of His Highness the Prime Minister Sheikh Jaber Al-Mubarak Al-Hamad Al-Sabah to China, the official remarked that the agreements signed between the two sides aim at bolstering cooperation in all domains.
Diplomatic relations, political equilibrium, and years of economic support by Kuwait Fund for Arab Economic Development (KFAED) had all left a mark on the Chinese and this was reflected, among other occasions, upon the 1990 Iraqi occupation of the State of Kuwait. China also has a unique relationship with Kuwait because the latter was the first to establish official relations with it in the Arabian Gulf region, Al-Medej said.