Real estate data for July show sales rising by a very strong 72% year-on-year to KD 426 million, according to a report released by the National Bank of Kuwait on Friday. 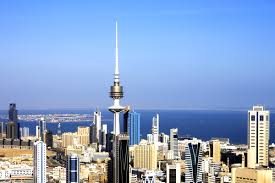 The strength of sales in July holds true even “if we account for the fact that July saw five weeks’ worth of transactions (compared to four in a typical month). The robustness of sales was also not a mere basis or seasonal effect (owing to weak sales in July 2012 or Ramadan, for example): the monthly value of sales reached its highest for six years. Sales in the residential sector reached KD 191 million in July, a 35% y/y increase. Continuing its trend from previous months, the increase came on the back of a jump in the average transaction size, which went up 36% y/y, while the number of transactions was almost flat on the year. The increase in the average transaction size was partially caused by some y/y increase in the average size of homes purchased in July 2013, but was mostly due to an increase in the average price per meter-square of both homes and plots. Due to absence of detailed data, it is difficult to separate house price ‘inflation’ from price increases generated by ‘real’ factors, such as differences in the age of homes purchased, for example. Investment sector sales totaled KD 176 million in July, almost double the amount seen a year earlier. In addition to a 22% increase in the average transaction size, strong sales in July were generated by a 63% y/y increase in the total number of transactions – stemming mostly from additional purchases of single apartments. Overall, transactions levels in the investment sector now look very strong, after a slow start to the year. Commercial sector sales reached KD 59 million in July, their highest level so far this year. The commercial segment has been performing well this year, seeing large y/y gains in six out of seven months of data.