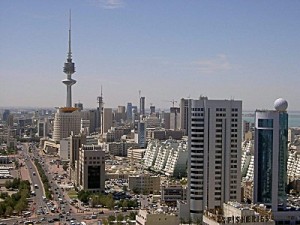 The price for real estate in Kuwait will still remain the same for the second quarter of 2014 despite efforts to find a solution for the housing problem, a number of experts agreed.
In separate statements to KUNA, real estate experts said that the government’s efforts to find a solution to the housing problem might have eased the surge in real estate prices; however, if words still remain words and no action is taken, the problem will continue to exist.
Real estate expert Ahmad Behbahani told KUNA that there were some positive reactions to official statements regarding the leasing of around 70 million square meters of land to build a housing project.
Despite that fact, the decrease in real estate price will not occur unless some action is taken in reality, said Behbahani.
Behbahani called for swift action to prevent prices from further escalating, noting that price of real estate in some areas had sky rocketed to around KD 750 million.
On his part, head of the Real Estate Union (REU) Tafiq Al-Jarrah said that prices of real estate in new areas will stabilize, but that does not mean that the same case will apply on other areas.
Providing land for housing does not mean that the area allocated was suitable for living because the process will take a long time to happen, said Al-Jarrah who called for serious actions to end the hike in prices.
Echoing similar statements, chairman of the board for the Kuwait real estate clearing company Abdulrahman Al-Habib said that the second quarter of 2014 will not witness any decrease in prices due to the lack of housing lands whether it was owned by the government or the private sector.
Speculation in the real estate market also plays a negative role in further hiking the prices, said Al-Habib who called for a method to organize and regulate the real estate market in Kuwait.
In regards to real estate business in the country, head of real estate housing at Drwaza Al-Safat real estate company Ali Al-Safar said that activities in the market will slow down due to the summer vacation and the Holy month of Ramadan.
Demands exceeds the supplies in the real estate market; therefore, there will be no decrease in prices unless the government provides more housing lands, said Al-Safar, noting that there was some real estate activity in newly constructed areas such as Sabah Al-Ahmad coastal city, which will witness some new offers for affordable housing lands in the near future.