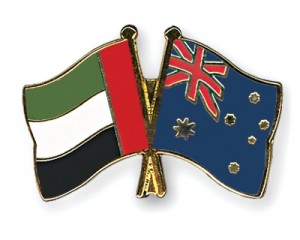 Khalifa Saif Al Mazrouei, Charge d’Affaires of the Embassy of the United Arab Emirates in Canberra, Australia, has met with Wyatt Roy, Member of the Australian Parliament, to discuss strengthening ties of cooperation between the two nations.

During the meeting, which was held at the Parliament building in the Australian capital, Al Mazrouei said that the U.A.E. and Australia enjoy strong relations which have been further enhanced by the U.A.E.’s two national airlines, Etihad and Emirates, who play a big role in boosting trade, business and tourism between both countries.

For his part, Mr. Roy said that Australian Parliament members are eager to develop trade, business and cultural cooperation between the two countries and expressed his admiration for the U.A.E.’s outstanding achievements which he said have gained global recognition.