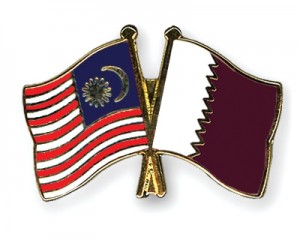 A meeting was held here on Sunday between the Qatar Tourism Authority (QTA) and visiting Malaysia’s Minister of Tourism and Culture, HE Dato’ Seri Mohamed Nazri bin Abdul Aziz, in the presence of the Malaysian Ambassador to Qatar, HE Ahmad Jazri bin Mohamed Johar.
Talks during the meeting, which was chaired by QTA chairman, Issa bin Mohammed Al Mohannadi, dealt with aspects of cooperation between the two countries in various fields, especially in the field of tourism and ways to enhance them to serve their common interests.
The volume of trade exchange between Qatar and Malaysia is QAR 5.8 billion according to figures in 2012. The two countries signed an agreement on economic, trade and technical cooperation in 25/1/1975, and a Convention in 20/5/2009 establishing the Qatari-Malaysian joint committee.