The changing economics of oil

A sharp decline in the oil price has given the construction industry pause for thought about the future. Orlando Crowcroft investigates 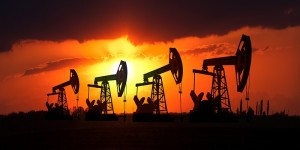 Low margins and competition have been a challenge in the Gulf for as long as international contractors have flocked to its petro-states to cash in on a decades-long development boom.

But the oil crash that hit global markets last summer and now sees crude worth just half of its value in June 2014 has industry experts talking of a slow-down in development pipeline that could possibly see life made even harder for construction firms in the GCC.

“I’m not seeing this yet and it’s too early to form a better view (but), if prolonged, contractors with gaps in their order books could increase tender competition and lower margins,” said Andrew Jeffery, director of infrastructure and capital projects at Deloitte.

What is clear is that decreased oil revenues will hit some GCC states harder than others. Saudi Arabia may be the world’s largest oil producer but it also has massive foreign currency reserves, worth some $740 billion or 98% of GDP.

New king Salman bin Abdul-Aziz’s recent $30 billion splurge on payouts for state workers demonstrates that Saudi rulers are willing to dip into this rainy day fund to make up any slack from falling oil revenues – it is not a stretch to suppose those reserves will also be available for essential infrastructure projects.

Equally Saudi Arabia has nowhere near the development pipeline, comparatively, that Dubai and Abu Dhabi currently have as the UAE ramps up for the Expo 2020 Dubai and caters for increasing tourism numbers. For the latter, far more reliant on oil prices than its diversified neighbour, things could be far more difficult.

“We expect public expenditure, particularly on projects, to decline in line with falling oil prices. But while this means the outlook for construction in Abu Dhabi is potentially weak, the same may not necessarily be true of Dubai,” said Farouk Soussa, Chief Economist for the Middle East at Citi.

He pointed out that funding for public projects in Dubai is not reliant on oil revenues, but on the performance of the wider economy, so the outlook for both public and private construction will depend on Dubai’s economic performance this year. In January, the IMF revised that down to 4.5% – but was positive about growth in the emirate’s non-oil sector.

“To be sure, there are challenges, with weaker regional growth likely to create headwinds for Dubai’s economy. But the global economic and trade backdrop remains broadly supportive of Dubai’s core industries, trade, logistics and tourism,” he said, adding that the potential deal with Iran and the international community presented a huge opportunity for the emirate’s economy.

And economists point out that as a single country, the UAE is in pretty good shape. It has substantial reserves of its own and multiple industries outside of oil and gas that much of the new development scheduled for 2015 is targeting. Tourism numbers certainly took a hit during the last quarter of 2014, but this was mainly due to a drop off in visitors to Russia rather than Dubai-specific issues.

“The key point we’ve made is that the UAE should be able to withstand a period of lower oil prices relatively well. Its economy is by far the most diversified in the Gulf and the government’s large savings mean that it is well placed to sustain spending,” said Jason Tuvey, Middle East Economist at Capital Economics in London.

Indeed, if there is a drop off in development and a subsequent impact on the construction industry, it may not necessarily be a bad thing. A trimming of the fat ahead of what is undoubtedly a new boom in Dubai may help to assuage the fears of those looking at huge growth at the beginning of last year and talking of a bubble.

Over in Qatar there are also fears amongst contractors that the effect of the oil price drop will impact their bottom lines in the year ahead, even if so far there has been little hard evidence that this will come to pass. Nick Smith, Partner and Construction Consultant at EC Harris, said this was particularly true for those on state-funded work.

“Currently we are witnessing increased levels of concern from some clients particularly within the public sector where funding is tuned to oil and gas revenues,” Smith said.

In terms of direct impact, Smith said that the drop in oil prices had lowered transportation costs for contractors substantially, but this was obviously being felt across the whole economy. And he said that while it was early days, there was potential that there could be an adverse affect on contractors long term.

“If the oil price reduction leads to the cancellation or suspension of pipeline projects … then this could lead to increased competition – because of less projects for contractors to bid for – and pressure on margins,” he said.

At the same time, preparations for the World Cup 2020 will give contractors involved in those projects some respite. With its immovable and approaching deadline, Qatar has little choice of whether or not to build stadiums, infrastructure and hotels.

But experts feel that, as in Dubai and Abu Dhabi, a forced re-think of some areas of the development market may not be a bad thing. If projects are falling by the wayside because of the oil price slide, they were probably not good propositions anyway.

Deloitte’s Jeffery said that across the GCC only the more speculative development end of the market would be dampened as values soften. For more critical infrastructure and government-funded development including health and education, it is likely projects will be prioritised to reflect the pressure on budgets.

“This is a smart move and should ensure only the best projects continue to receive funding – a good indicator of a maturing market in some of the Middle East countries,” he said.