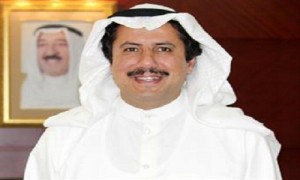 Kuwait Dean of Diplomatic Corps and Ambassador to Bahrain Sheikh Azzam Al-Sabah stressed Kuwait’s keenness in finding positive cooperation to promote regional peace and security amongst the GCC and wider Middle East region.
Sheikh Azzam hosted a reception here last night and discussed bilateral relations with officials, ambassadors and mission representatives from the GCC, Iraq, Iran and Bahrain.
He affirmed His Highness the Amir’s efforts in establishing good relations with these countries in order to achieve the best interests for the region.
History and geography requires common interests between our countries and permanent cooperation to achieve a better future for the people in the region, Sheikh Azzam added.
For their part, the GCC ambassadors expressed appreciation of Sheikh Azzam’s hospitality and they all agreed on the importance of enhancing relations and joint work between the GCC, Iraq and Iran in order to encourage regional peace, stability and principles of international cooperation.