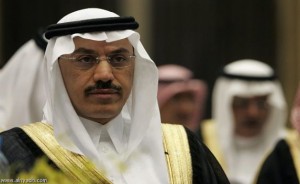 On behalf of Prince Saud Al-Faisal, Minister of Foreign Affairs, the Minister of Economy and Planning, Dr. Mohammed bin Suleiman Al-Jasser opened a two-day conference titled “Knowledge-based economy and its role in national development,” with the participation of prominent global experts at King Faisal Conference Hall here today.
The ceremony was opened with recitation of verses from the holy Quran.
Delivered on his behalf by the Minister Al-Jasser, Prince Saud al-Faisal said in his opening speech, that the Kingdom of Saudi Arabia is experiencing wide societal dynamics and is moving forward with full confidence towards building a more diversified economy involving higher cybernetic contents and less dependent on natural resources, referring to the Kingdom’s adoption of ” long-term development strategy for the Kingdom in 2025 “, a vision of the future to switch to “a diversified and prosperous economy” led by the private sector and a knowledge-based society.