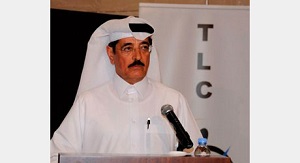 HE the Minister of Culture, Arts and Heritage Dr. Hamad bin Abdulaziz Al Kuwari, who is also President of the UN Conference on Trade and Development XIII (UNCTAD) left Doha on Monday morning for Geneva to participate in the 28th special session of the Trade and Development Board and the 50th anniversary celebrations of the establishment of the UNCTAD, which was launched in 1964.
HE will also participate in the Third Geneva Dialogue on the post-2015 Sustainable Development Agenda and the Millennium Development Goals.
Last year, the State of Qatar called during the special meeting of the World Trade Council to make the 50th anniversary celebrations of the establishment of the UNCTAD a joint event and an opportunity for collective contemplation and meditation, and to renew the covenant to keep the UNCTAD strong and committed to the cause of development for at least another fifty years.