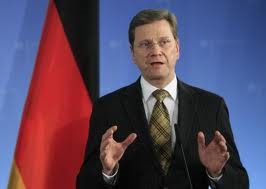 “We are very worried about the reports that poison gas has been used near Damascus. These reports are very serious and if they are confirmed would be outrageous,” Westerwelle told a joint news conference with his Turkish counterpart