The Gulf Cooperation Council plans to hold regular strategic dialogue sessions and to jumpstart economic cooperation with a number of partner states.
Strategic dialogue by the six-nation geopolitical bloc will be launched with each of Bra 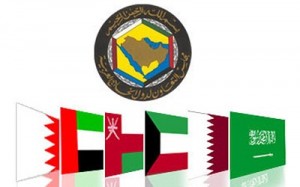 zil, Canada, India, Malta, South Korea and Switzerland, the Assistant Secetary General for Strategic Dialogue Affairs Abdulaziz Al-Owaisheg said.
Meanwhile, economic cooperation will start with both Bangladesh and Indonesia.
The plans are aimed at improving the bloc’s relations with these nations, and was adopted during a meeting of the foreign ministers of the six states, Kuwait, Bahrain, Oman, Qatar, Saudi Arabia and the United Arab Emirates.
The dialogue also aim to solidify the interactions of the states with the outside world to that of a sole unit with a sole aim on the strategic, economic, social and technical aspects, added the official.
The decision will be followed by meetings with officials in those nations. These talks will aim to place practical strategies for the path this dialogue will take along with a scheduled timeframe.
Over the past few years, the GCC launched several strategic dialogue committees with several industrialized nations and blocs like the United States, the European Union, Great Britain, Japan and Australia.
These have contributed to placing joint programmes for the transfer of know-how and bridging points of view on regional and international affairs.