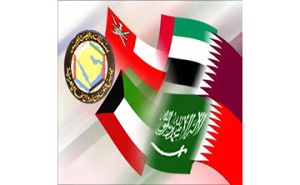 The economic and financial cooperation between the Gulf Cooperation Council (GCC) member states and China grew rapidly in the recent years thanks to high-level visit exchanges, a report said Sunday.
The friendly political relations impacted positively on the steadily-growing economic ties, according to the economic report of Kuwait-China Investment Company (KCIC).
During the visit of His Highness the Kuwaiti Prime Minister Sheikh Jaber Mubarak Al-Hamad Al-Sabah to China last week, Kuwait and China has signed 10 deals, including a visa waiver document on holders of special and diplomatic passports, and agreements on cooperation in such areas as energy, education, communication and joint investment.
A UAE minister of state visited China recently to discuss cooperation in energy, infrastructure and technology, according to the report.
In last March Saudi Vice Custodian of the Two Holy Mosques Crown Prince Salman bin Abdulaziz Al Saud visited China and inked a number of agreements on economic and energy cooperation.
On the GCC-China trade exchanges, the report noted they hit a new record high in January, 2014, with the GCC countries importing 14 percent of their total imports from China; the percentage is two times more than the 6.4 percent registered a decade ago.
Similarly, the GCC exports to China represented just one percent of China’s total imports in 1994 and hit 11 percent in last January.
China is one of Saudi Arabia’s main trade partners with China’s exports to the Kingdom accounting for 14 percent of the latter’s total imports.
The ratio of Kuwait’s imports from China to its total imports also grew from 2.5 percent to nine percent in the last decade.
The UAE is less dependent on imports from China as the percentage stood at just 4.4 percent of the country’s total imports in last January, yet it is three times more than 1.4 percent registered in 2003.
The volume of the GCC exports to China doubled in the last decade to represent 10.8 percent of the bloc’s total exports, amounting in value to USD 96 billion last year.
Oil constitutes the bulk of the GCC exports to China amounting to 80 percent of the exports while petrochemicals and plastic represent another 16 percent.
The GCC countries are unlikely to be able to change the format of their exports to China in the foreseeable future given the fact that the huge economic growth of China will fuel demand for energy in the coming two decades.
China’s oil imports are expected to hit 8.7 million barrels per day by 2020 while the US oil imports will go down to 6.8 million bpd in the same period, the report said, citing statistics of the US Energy Information Administration (EIA).
The expansion of demand for oil in the Asian emerging economies constitutes a guarantee for the GCC states against the decline of demand in the US.
KCIC was founded on December 12, 2005, by an Amiri Decree as a Kuwaiti shareholding company with a total capital of KD 80 million (USD 280 million).