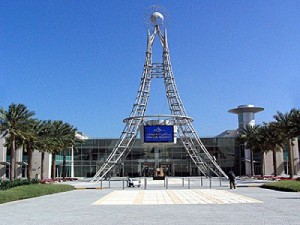 The 15th GCC Joint Exhibition kicked off here on Monday with a major Kuwaiti participation from governmental and private sectors, as well as 200 Gulf exhibitors, and a significant number of businessmen who till take part in the Businessmen Forum at the Expo Centre Sharjah.
In his opening speech, UAE Minister of Economy Sultan Bin Saeed Al-Mansouri pointed out GCC’s achievements in economic cooperation field, importance of seeking economic integration, and enhancing investment atmospheres between member states.
Al-Mansouri also said that the five-day event is promoted jointly by all GCC member states with a view to catalyzing trade within the region, and attracts over 200 exhibitors from across the Gulf region, representatives from GCC ministries of economy, in addition to regional and international players from the industrial sector, manufacturers, and consumers, as well as investors and businessmen from diverse business sectors across the region.
Following opening of Kuwait’s section at the expo, Dr. Abdullah Al-Owaisi, Assistant Undersecretary of Kuwaiti Ministry of Commerce and Industry for International Organizations and Foreign Trade, told KUNA that around 42 Kuwaiti companies and manufacturers from governmental and private sectors are taking part at the expo, showcasing several products of food, chemicals, fabrics, perfumes, glass, and sponge.
He also described the expo as one of GCC’s main achievements to reach a joint GCC market, adding that the expo is also one of the important commercial and economic events for Gulf states as it highlights most important Gulf products in all sectors.
The GCC Joint Expo was inaugurated earlier today by Sheikh Abdullah bin Salem Al-Qasimi, Deputy Ruler of Sharjah, in presence of Kuwaiti Ambassador to UAE Salah Mohammed Al Beaijan, Kuwait Consul General in Dubai and UAE’s Northern Emirates Theyab Al-Rashidi, and Second Secretary in the Consulate Salim Al-Jeeran.