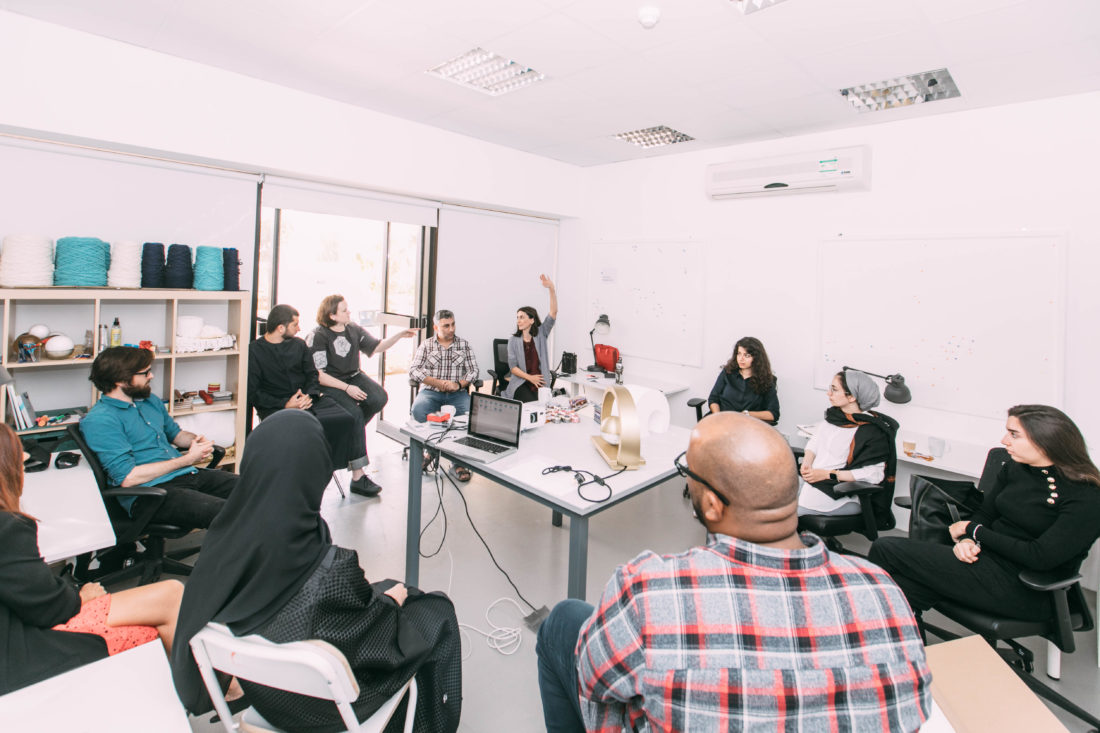 Tashkeel, the Dubai-based multidisciplinary art and design space, has selected its new cohorts of artists and designers who will be mentored by renowned industry professionals and receive studio support throughout the year to make their works come to life.

Taskheel marks its fifth edition of the Tanween design programme this year with the selection of product designer Lina Ghalib, architect Neda Salmanpour, interior designer Nada AbuShaqra, and duo Julia Ibbini and Stephane Noyer of Ibbini Studio, who will have the opportunity to showcase their limited-edition creations at Dubai Design Week in November. The upcoming resident designers were selected from more than 40 applicants, a 51 per cent increase in submissions since the programme’s official launch in 2015.

Ibbini Studio
Ibbini Studio is a collaboration creating works in contemporary art and design and that explore the boundaries of possibilities between human and machine. Julia Ibbini is a visual artist and designer, Stephane Noyer is a computer scientist and maker. Together they traverse analogue and digital to create works with highly detailed machined precision, but which remain distinctly human in origin.

Julia and Stephane are interested in exploring different materials, techniques and scale; finding ways to highlight through design objects the fascinating amount of mathematics involved behind much of the traditional design inherent in the region.

Critical Practice Programme 2020 Cohort
Mays Albaik’s interdisciplinary visual practice has literary writing at its heart. Crystalizing as performance, video, and spatial installations, her work seeks to assert a connection to a location through the study of literary fauna, of poetic production that is as tied to land as rooted plants.

Hind Mezaina delves into themes of collective memory, the notion of heritage and the representation of Dubai and the UAE in the media. It is a continuous development of what she describes as a ‘visual archaeology’ through research, observation, collecting and preserving memories. Working primarily in photography, and more recently in video and collage, she has been exhibited regionally and internationally in several group shows, including ‘Made in Tashkeel’ (Tashkeel, 2018); Sharjah Biennial 13: Tamawuj (2017); ‘Al Haraka Baraka: In Movement There Is Blessing’ (Maraya Art Centre, Sharjah, 2016).