KSA’s housing and construction sector grew 8% in 2019, recovery in 2020 to be sped up by utilisation of drones: FEDS reports

Saudi Arabia’s construction sector will see faster recovery with the utilisation of drones under the ‘new normal’ set-up, which continues to require safety measures including social distancing.

This is according to Rabih Bou Rashid, the CEO of Falcon Eye Drones (FEDS) — the Middle East’s leading provider of Drone Technology, Data Technology, and Digital Transformation. He said that drones are an imperative tool to ensure continuity of building operations in Saudi Arabia, whose construction sector has been thriving for the past years. 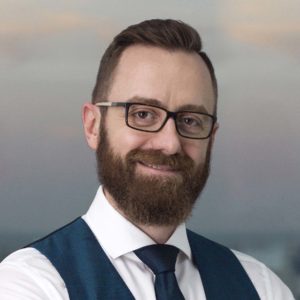 “The pandemic has presented a considerable challenge to the construction sector in Saudi, which used to require a significant number of labourers. As the Kingdom contains the spread of the disease as a paramount concern, drones can help afford an effective alternative to guarantee the sector’s continuity of operations, while ensuring health and public safety,” he said.

In a recent report released by the Kingdom’s Ministry of Housing, the sector has surged by 8.03 per cent in 2019 following its major projects in line with the “Vision 2030.” It has also contributed to the Kingdom’s GDP boost to 12.6 per cent.

In addition, the report stressed that “the first quarter of the year 2020 witnessed positive growth in the construction and housing sector”.

The momentum, Bou Rashid said, can be kick-started with the use of drones.

He added that in the GCC, more players in the construction industry are utilising drones in getting their projects done while safeguarding the wellbeing of their workers—noting that they regulate activities at a more economical, more precise and speedier pace than the conventional construction process.

Bou Rashid said drones can help trim down expenses by up to 11.8 per cent in terms of monitoring the development of a construction project. This is because drone technology allows them to detect slip-ups on a regular basis. The ability of drones to steadily monitor a construction status through recurring flights and high-resolution, accurate aerial view maps, he said, can help managers effortlessly mark potential challenges before they become exorbitant problems, and even save employees five hours a week on needless meetings.

“Drones can help avert costly errors as they help developers identify slip-ups prior to and during the construction, which — if left unchecked — can put a dampen on a project’s budget later on,” he said, noting that this can also decrease manual rework by 25 per cent.

When it comes to getting projects up to speed, Bou Rashid emphasised that drones help developers save hours or even days in terms of plotting the site. He added that prior to drones, firms need to rent a helicopter and fly over the areas just to capture images and map the site. With drones, contractors can collect the required data in a matter of minutes — downsizing time wastage by 18.4 per cent.

In addition, the CEO said productivity among worker will further boost if drones become fully utilised in a construction project. Bou Rashid said that the mini-air vehicles can cut down the time spent on gathering the inventory of tasks by 32 per cent, and upsurge their reporting turnaround by 25 per cent.

Emphasis on safety and accuracy

Many construction firms in the GCC are turning to drones not only because of its money and time saving features, but also because of the safety it provides contractors and labourers, according to the CEO.

“Their ability to operate with less human contact and provide precise data has made it possible for these companies to fully assure safety in its operations, especially now that the world is facing a global health crisis,” said Bou Rashid.

In terms of inspecting the construction site, Bou Rashid said firms no longer need to gather a huge workforce and spend several days just to assess each spot of the project, which, more often than not, presents hazard and fall risks among labourers.

With drones being able to survey even the most hazardous and remote spots in just a matter of minutes, contractors can get detailed data footages from the safety of their office. These mini-air vehicles can even send updated precise information straight into a computer for fast-track evaluation.

“Saudi Arabia’s construction sector can definitely progress further with drones. The technology they possess can be truly vital in saving firms extra expenses, time, and effort. They can also help safeguard the wellbeing of workers, as well as provide more accurate data without spending a nickel and an hour of their time,” Bou Rashid said.