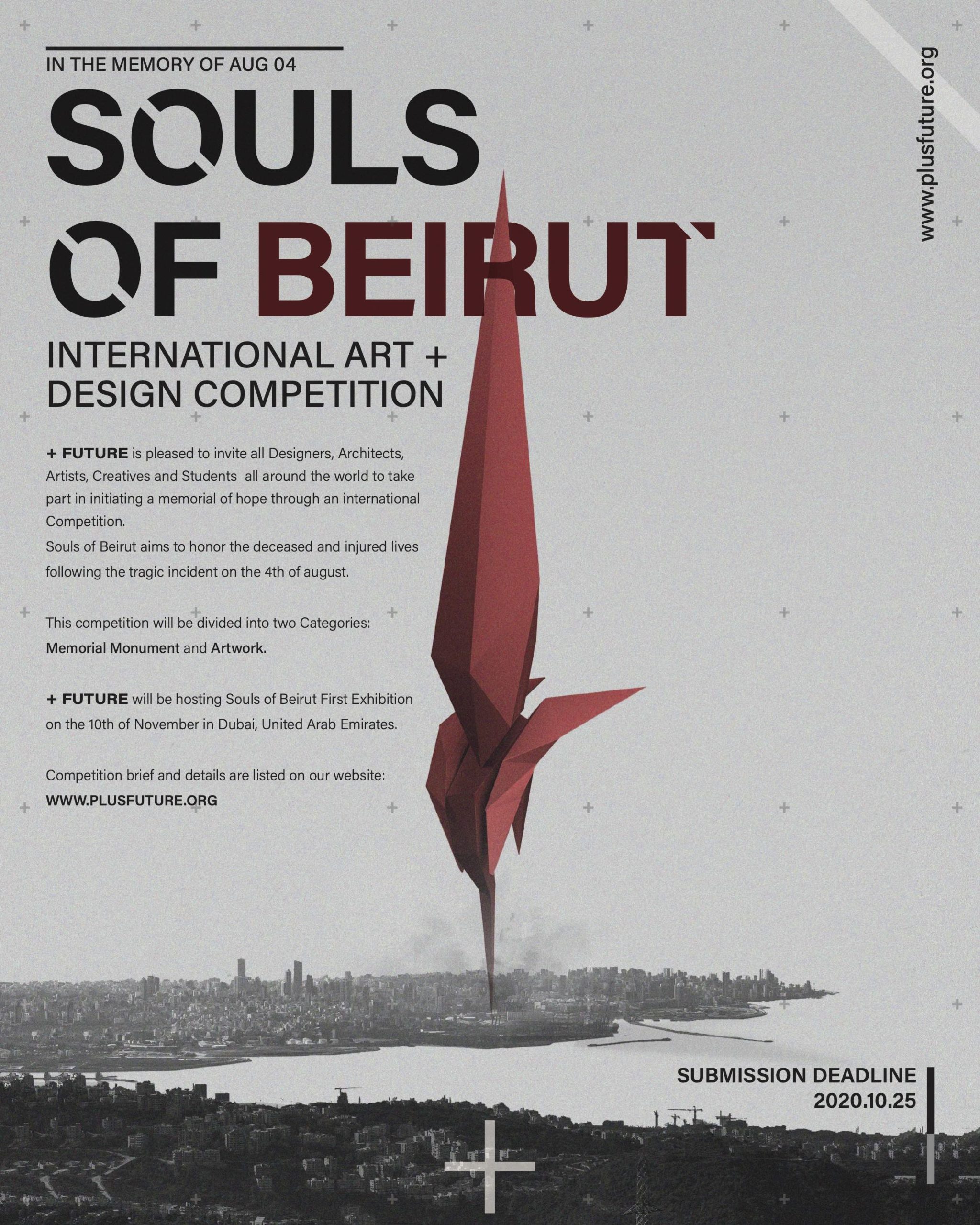 +FUTURE community has launched the design competition “Souls of Beirut”. In the light of the tragic event occurred on August 4, 2020, in Beirut. The initiative aims to bring together all creative thinkers, architects, designers, and artists to stand with those who are affected by the blast as a creative culture community with design, art, and emotions.

“Souls of Beirut” is an international competition that presents a new story of hope through creativity, by designing a memorial landmark / artwork. the memorial is set to honor the deceased, injured and effected lives by the blast as well as sending a message of solidarity for the people of Lebanon with regards to its current situation. The competition’s submission opens on October 15 and the deadline is on October 25. The final works will be exhibited in November 2020, Dubai, UAE.

The massive blast in the port of Beirut, caused extensive suffering to the people of the city, tremendous damage to its physical and cultural fabric as well as affecting multiple economic sectors. The blast took away at least 200+ souls, injured 6,000+ people, left 300,000+ homeless, demolished 80,000+ homes and destroyed seven million hopes. It created a shock wave that severely damaged roads and buildings, shattering glass for up to 15 miles.