DOMOTEX 2020 was high on sustainability, attendance, and international appeal 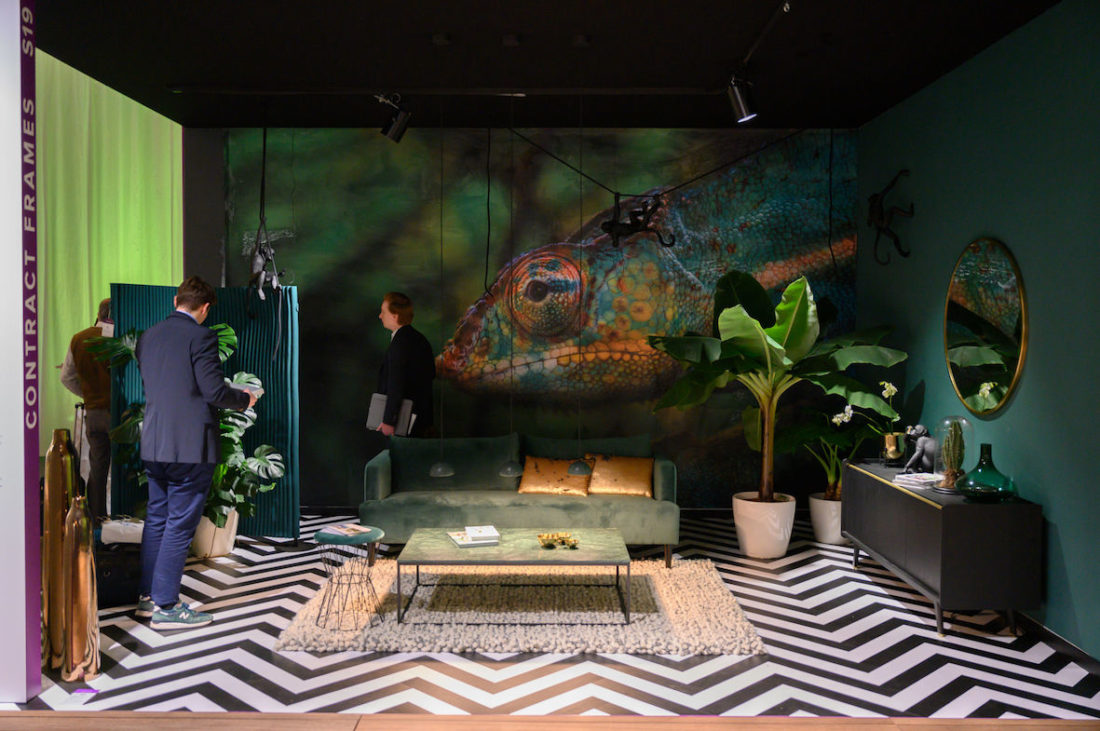 From 10 to 13 January, the latest edition of DOMOTEX – the world’s leading showcase for carpets and floor coverings – again stood out as the industry’s biggest, most pivotal hub for trends and innovations. A total of 35,000 attendees – 70% of them from abroad – were on hand for the four-day event to explore the latest trends, products and solutions presented by over 1,400 exhibitors from more than 60 different nations. The show’s keynote theme of “ATMYSPHERE” highlighted the aspects of flooring products that contribute to a sense of wellbeing and promoted naturalness and sustainability – topics thoroughly reflected by the products on display. “DOMOTEX is and remains our most international tradeshow. We are delighted that the event attracts attendees from around the globe, who come for 2.3 days on average – 60% from Europe, 25% from Asia and 10% from the Americas, with the remainder from Africa and Australia,” said Dr. Andreas Gruchow, the Deutsche Messe Managing Board member in charge of DOMOTEX. “We have been truly impressed with the positive reception and special spirit at this year’s DOMOTEX. The attendance figures reflect an ongoing trend towards increased market concentration. The further rise in the percentage of high-caliber professionals is an important factor in business growth for 2020. Around 90% of the show’s visitors have decision-making authority at their companies, with half of them at top management level,” noted Sonia Wedell-Castellano, global director for DOMOTEX. “I am also delighted with how enthusiastically our exhibitors embraced the keynote theme of ATMYSPHERE, as well as with the success of the revamped ‘Treffpunkt Handwerk’ skilled trades hub and the volume of exhibitors who have indicated they will be back in 2021.”

Impressive visitor mix: high in quality and internationality
Exhibitors affirmed the success of their industry’s flagship fair with regard to two key performance indicators: “Our main concern here is not high attendance figures, but rather the right kind of attendees,” explained Hakan Dinc, CEO of Stefany Hali Tekstil in Turkey. This aspect was also clearly appreciated by visitors: “I made the decision to come to Hannover because this is where I can see what is happening across the global marketplace, which enables me to make the right choices for our customers,” 2 remarked trends scout Andrés Jobet of Piso Urbano Alfombras, based in Santiago, Chile. The high quality of this year’s event was also highlighted by Arman J. Vartian, proprietor of Vartian Carpets in Vienna, who had this to say after returning to exhibit at DOMOTEX following a five-year hiatus: “It seems to us that DOMOTEX is heading down the right path. The stands are now more attractive and appealing, and the show is clearly committed to supporting our industry.” Anke Hattingh, Marketing Director of Mapei GmbH in Grossostheim, Germany, praised the great diversity of exhibits as a “major source of inspiration.” And according to Bernhard ter Hürne, CEO of ter Hürne GmbH & Co. KG in Südlohn, Germany, “In terms of its reach, DOMOTEX delivers like no other European tradeshow can.” Olivier Bossuyt, Sales Director at ivc group in Avelgem, Belgium summed things up by saying: “We opted to return to DOMOTEX after a two-year break because the show’s strong international pull enables us to meet with important trade partners and generate promising new leads – a fact reconfirmed by DOMOTEX 2020.” 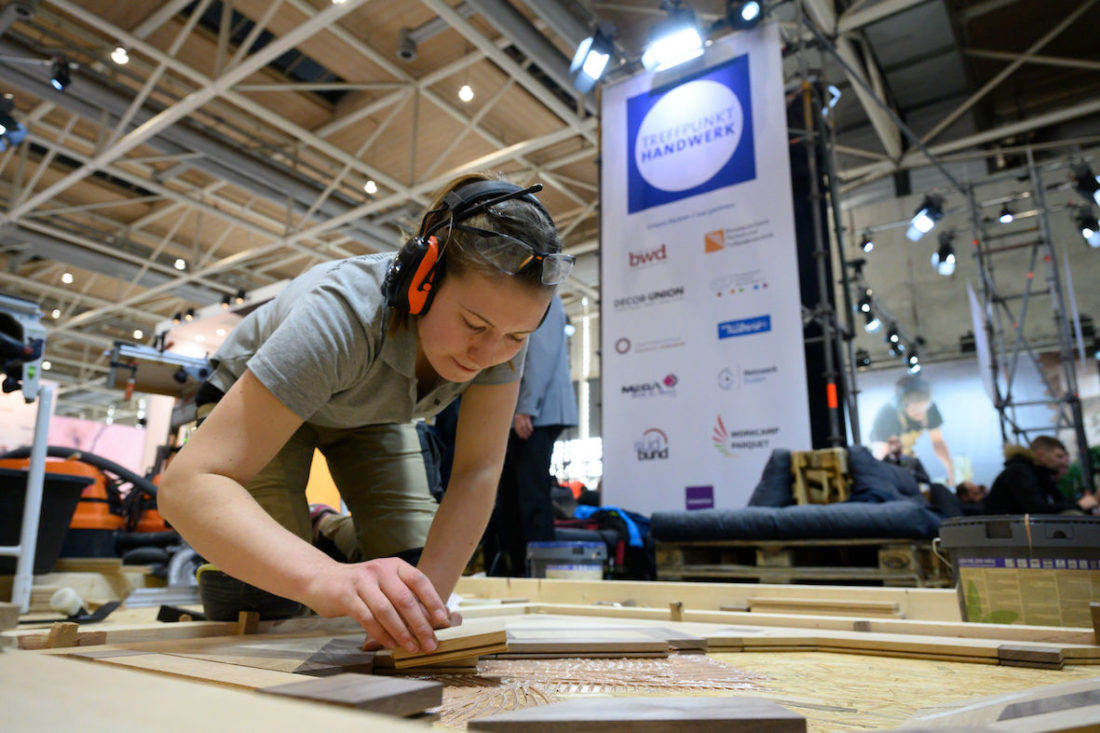 One out of two attendees generates new leads at DOMOTEX
Based on this year’s visitor survey, almost half of all attendees (44%) used the event to generate new leads. Fred T. Keller, Marketing Director of Theo Keller GmbH in Bochum, Germany, reported a high number of walk-in visitors and new customers. He attributed this mainly to ongoing enhancements to the event, particularly the new hall layout launched in 2020, which he saw as a major step forward. “This new design has resulted in many more spontaneous customer contacts than previously, and we couldn’t be more delighted. DOMOTEX is definitely the most important trade fair for us.” Attending DOMOTEX was also a “must” for Mirco Schäpe, Product Manager LVT at JAB Teppiche Heinz Anstoetz KG in Herford-Elverdissen, Germany. He spends several days at the event every year to meet up with existing and potential suppliers and “get a feel for emerging trends,” as he put it. Michael Massmann, National Sales Manager & Vice President of Textile Trading Group, Winter Park, USA, said he used DOMOTEX mainly to generate new leads, adding that: “We are naturally also keen on establishing new, preferably long-term customer relationships, while at the same time deepening our relations with existing customers and suppliers. We have attended every DOMOTEX since our business was founded three years ago, and that’s not going to change.”

D “ATMYSPHERE” as a common thread
The show’s keynote theme was also well received by exhibitors. For example, Bernhard Reinkemeier, CEO of Reinkemeier Rietberg based in Rietberg, Germany, referred to it as being a “good match” for his company’s objectives, adding: “We very much welcome the keynote theme and its flanking measures, all of which are highly attractive and have helped us reach our goals.” “The keynote theme perfectly reflected the spirit of the times, and its significance was clear to see throughout the halls. We are already busy exploring ways of featuring sustainability to even greater advantage at DOMOTEX 2021,” remarked Wedell-Castellano. “I also very much look forward to teaming up with the show’s players from the business community and the skilled trades so as to generate even more benefit for the industry and its clientele next year.”

The next DOMOTEX will be staged from 15 to 18 January 2021 at its traditional venue in Hannover, Germany.