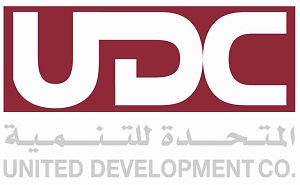 United Development Company (UDC) a leading Qatari shareholding company has announced its financial results for the year 2014, reporting revenue of QR 1.9 billion for the year 2014. The company has proposed a dividend payout of QR 1.25 per share.
While net profit for the year ending December 31, 2014 reached QR 676 million as compared to QR 409 million in 2013, the profit attributable to equity holders of the company stood at QR 626 million at December 31, 2014, compared to QR 323 million for the same period of 2013.
The company, which targets investment and joint venture opportunities in infrastructure, real estate, urban development, utilities, hospitality, retail and other service oriented businesses also reported a gross profit of QR 1.1 billion, while Total assets stood at QR 19.2 billion.
UDC Chairman of the Board and Managing Director of United Development Company Turki bin Mohammed Khaled Al Khater said that the financial results for 2014 reflect solid performance and progress.
“2014 was a year of significant achievement for UDC,” he said. “We confirmed our growth potential, increasing net profit by over QR 267 million from 2013, launched new precincts at The Pearl-Qatar and opened an impressive range of retail, hospitality and entertainment projects there.” Al-Khater continued, “At UDC, we are guided by the successful strategy of diversifying our resources to grow our portfolio. We capitalized on our Pearl-Qatar potential to build a community comprised of a mix of project types and sizes.” According to Al-Khater, UDC will continue to invest in 2015 in order to meet the challenging growth targets it has set for itself. “This is particularly true for The Pearl-Qatar, where we anticipate further fast-track development en route to completing the Island’s remaining precincts by 2018.” Established in 2000, UDC was listed on the Qatar Exchange in June 2003. Companies under its umbrella include United Fashion Company, Hospitality Development Company and Ronautica Middle East, among many others.
Companies established most recently under the umbrella of United Development Company include Madinainova, United Technology Solutions and The Pearl Owners Corporation.