U.S. President Barack Obama Monday urged bank regulators to execute a sweeping overhaul of lending and high finance rules that he signed into law three years ago, the White House said.  Obama met with the regulators during a private meeting at the White House. 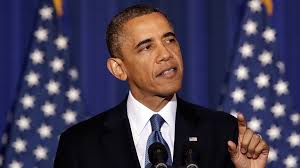 The president’s push for action came as the five-year anniversary of the country’s financial near-meltdown approaches. The law, when passed in 2010, was considered a milestone in Obama’s presidency, a robust response to the crisis that led to a massive government rescue to stabilize the financial markets.  According to a statement released by the White House, Obama commended regulators for their work but stressed the need to finish implementing remaining portions of the law promptly. “The President commended the regulators for their work but stressed the need to expeditiously finish implementing the critical remaining portions of Wall Street Reform to ensure we are able to prevent the type of financial harm that led to the Great Recession from ever happening again,” the statement said. “The President also discussed the housing market including the need for a more simplified and certain housing finance system that better serves middle class families,” the White House said.