India’s Sensex stock listing tumbled 3.18 percent Tuesday as the rupee fell to a record low of 66.08 to the dollar, a sharp one-day drop from Monday’s 64.30, UPI reported. 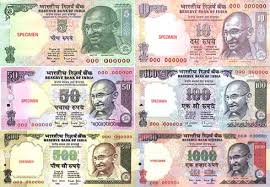 The Economic Times reported the drop was the largest one-day decline by percentage in more than a decade. The Sensex fell to 17,968.08, losing 590.05 points. The Nifty index on the National Stock Exchange, a listing of 50 stocks, dropped 3.5 percent to 5,284.60 points. The rupee closed at 66.24. The latest deterioration in the currency came with the passage of the Food Security Bill, which is raising government debt. “The government can afford a vast new food program for the poor despite its impact on the strained public finances,’ Finance Minister P. Chidambaram said.