During the second half of 2015, the Chinese authorities responded to slowing growth and activity through a number of economic stimulus measures. 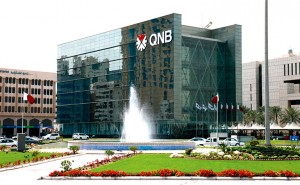 Various indicators show that activity in China’s economy has picked up since then, mainly in industrial sectors. However, the pickup in activity does not come without risks, most notably rising debt levels and rising property prices. Additionally, the stimulus is not helping the economy rebalance away from investment and towards consumption in line with the government’s long-term strategy.

Activity in China eased during the first half of 2015. For example, industrial production slowed from 6.8% year-on-year in June 2015 to 5.6% in October 2015. In response, the Chinese authorities have taken a number of monetary and fiscal measures to stimulate the economy. In terms of monetary policy, the reserve requirement ratio for banks has been cut twice since June 2015 from 18.5% to 17.0%, freeing up more funds for banks to lend. Lending and deposit rates in the banking system have also come down by around 0.7% since June 2015.

In terms of fiscal policy, the government is delivering on its expansionary targets for 2016. Public investment rose 23.7% in May from a year earlier. The government has recently announced 4.7 trillion yuan (USD724bn) of investments over the next three years in transport infrastructure projects.

The government stimulus measures have boosted economic activity. Although GDP growth continued to slow slightly in Q1 2016, other indicators of activity have picked up in recent months. First, the Purchasing Managers Index (PMI) has risen to levels above 50, which signals expansion, from 48 in September last year. Second, industrial production picked up in March (6.8%) and April (6.0%). Finally, the prime minister, Li Keqiang, once referred to three indicators he used as his preferred measure of activity: electricity consumption, rail cargoes and bank lending. All three of these measures have picked up in recent months.

Most of the improving activity data relates to industrial and manufacturing sectors. However, consumption related indicators are continuing to weaken. The recovery in PMIs was almost totally due to the manufacturing sector (47.2 in September 2015 up to 49.7 in March) while the services sector remained flat. Growth in retail sales has steadily declined since November. These indicators suggest that, although the government’s stimulus is helping boost activity in the near term, this could be at the expense of long-term plans to rebalance the economy towards more consumption. Despite the pickup in industrial manufacturing, the fact that services now have a larger share in GDP than industry means that GDP may not benefit significantly from the recent pickup in manufacturing activity.

Another risk is that the government’s monetary policy easing could lead to overheating in the real estate sector by encouraging borrowing to purchase property. The measures may have helped reverse a decline in real estate prices average house prices across 100 cities fell by 4.5% year-on-year in April 2015, but have subsequently gone into reverse, rising 10.3% in the year to May 2016. While rising house prices could help boost activity in the short term, they can also lead to the build-up of financial instability risks.

Rising debt levels are another risk. China’s broadest measure of debt in the economy rose to 210% of GDP in Q1 2016 from 204% in Q4 2015. This is a rapidly rising level of debt and is already high for an emerging market. The debt issue is being exacerbated by the easing of monetary policy and higher government investment, which is part-financed by borrowing.

In conclusion, China has provided substantial stimulus to the economy over the last year, which has helped to ease the slowdown and raise activity in some sectors. However, the stimulus has helped fuel economic risks and is not in line with long-term economic development plans.