Kuwait’s crude exports to Japan down 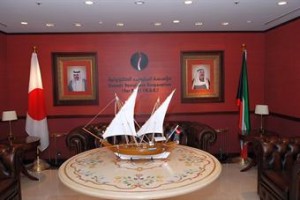 Kuwait’s crude oil exports to Japan fell 35.0 percent in April from a year earlier to 5.30 million barrels, or 177,000 barrels per day (bpd), for the first decline in two months, government data showed.
As Japan’s fifth-biggest oil provider, Kuwait supplied 5.0 percent of the Asian nation’s total crude imports, the Japanese Natural Resources and Energy Agency said in a preliminary report.
Japan’s overall imports of crude oil slid 4.3 percent year-on-year to 3.53 million bpd for the second consecutive monthly decline. Shipments from the Middle East accounted for 79.9 percent of the total, down 1.5 percentage points from a year before.
Saudi Arabia remained Japan’s No.1 oil supplier, although imports from the kingdom shrank 4.5 percent from a year earlier to 1.15 million bpd, followed by the United Arab Emirates with 869,000 bpd, up 17.4 percent. Qatar ranked third with 426,000 bpd and Russia fourth with 322,000 bpd, respectively.
Japan is the world’s-third biggest oil consumer after the US and China. But in its annual Energy Outlook released last month, the US Energy Information Administration predicted India will take over Japan by 2025.