Talk about a lot of zeros. 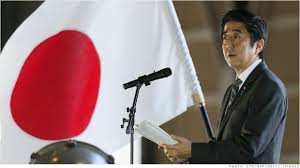 While one quadrillion is largely a symbolic level, the eye-popping number underscores a real challenge for Japan, which has more debt as a percentage of GDP than any other developed nation. Tokyo has now issued 830 trillion yen in government bonds, and the country’s revenue collection has never kept pace. Japan’s gross public debt is projected to hit 230% of GDP by 2014 after years of sustained deficits.

Japan has increased borrowing this year to spend more on the country’s infrastructure as part of an ambitious program of economic stimulus aimed at ending decades of stagnation and falling prices.

The Organization for Economic Cooperation and Development has cautioned that Japan must do more to arrest rising debt. “Stopping and reversing the rise in the debt-to-GDP ratio is crucial,” the organization has said.