Gold ends May on sharp decline 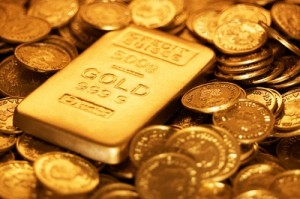 Price of the yellow precious metal came to sharp decline by end of May as gold registered its biggest slip in three months upon end of month at around USD 1,246 per ounce, according to a specialized report here, Sunday.
The report issued by Sabaek company noted the price decline was a 3.8 percent drop, some USD 50 per ounce, and mentioned US retail and consumer confidence data as among contributing factors behind the slip.
The company said the improvement in the biggest world economy means that investors gradually move away from the gold-haven precious metal and opt for stocks and bonds instead. Possibility of the European Central Bank hiking interest rate also pushes cash away from investment into gold, it said.
Data to be issued later in the week is also expected to affect prices, and should the data come out positive and strengthen the US greenback, gold is expected to come to USD 1,232 per ounce.
If data is negative, however, the metal could gain to reach and maintain the USD 1,268 per ounce level.
As for silver, the report indicated a sharp decline to USD 18.7 per ounce at previous week’s end, reaching its lowest level in about a year. It further indicated there is weak trading in and actual demand for the metal.
The report forecast continued drop in price of silver as investment funds look elsewhere and as industrial demand from eastern Asian nations drops.
Platinum, too, lost ground and ended last week at USD 1,453 per ounce at a loss of USD 27 per ounce since start of week. Palladium meanwhile saw a small up of USD 6 per ounce to USD 846 over the week.
In the local market, demand for gold was strong late last week as the metal came around KD 11.3 a gram, and many sought this opportunity to buy the metal in hope of quick profit in the near future.