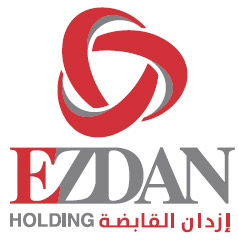 Ezdan Holding Group has revealed the acquisition of up to 20.16 % shares of Widam Food Co. (Previously Mawashi), in a step to promote the Group’s financial investments and ensure diversification to achieve maximum stability for all shareholders of the Group.

The Group also is keen to expand the scope of its sister companies, whose revenues are directly reflected on its financial statements. Commenting on this, HE Sheikh Abdullah bin Thani bin Abdullah Al Thani, Deputy Chairman of the Board of Directors of Ezdan Holding Group, saying:” Ezdan Holding Group makes solid and premeditated purchasing steps in a number of Qatari companies to enrich its investment portfolio, according to scientific standards and in-depth studies to select the best and most promising investment opportunities.

The Group seeks to diversify its sources with the aim to raise its net profit index as well as strengthening its role as a key player in the Qatari market. ” Sheikh Abdullah further said that the group’s strategy in the coming years will mainly dependent on the gradual dissociation from the real estate sector and allocating the Group’s returns in many sectors through the purchase of shares of companies listed on Qatar Exchange, the fact that will be positively reflected in the Group’s profits, ensuring great deal of stability to Ezdan’s share.

Deputy Chairman of the Board of Directors of Ezdan Holding Group pointed out that the business sector is currently at the core interest of the world economic and social policies planners. Because of its pivotal role in the economic and social development in the countries, the business sector contributes to the diversification of income sources and expand production base, achieving integration of economic activities and balance in the process of economic development and stability.

For his part, Ezdan Holding Group CEO Ali al Obaidli reiterated: “Ezdan Holding Group is steadily heading its goals according to a deliberate and clear plan, targeting the assignment of dissociation returns from the real estate sector, which has already started over the past year of 2013. A large portion of these revenues will be allocated in procurement of companies listed in the Qatari bourse, aiming at supporting the domestic market and benefit from promising opportunities offered in the country.”

Obaidli added that the clear vision of Ezdan Holding Group Board of Directors, chaired by Sheikh Khalid bin Thani aims to achieve wider participation in realizing the goals of the National Development Strategy 2030, which promotes the individual and the society, through investment in a variety of sectors to stimulate growth for medium companies. The strategy aims at achieving sustainable levels of development and an outstanding standard of living for current and future generations in addition to ensuring maximum stability and growth for all shareholders of the Group.

It is worth mentioning that the Extraordinary General Assembly of the Qatar Company For Meat and Livestock Trading (mawashi) has approved the amendment of Act 2 in the statute of the company, renaming the company to Widam Food Company as a Qatari shareholding company that focuses on animal transport, in addition to the management of a number of slaughterhouses in the country and a branch in Sudan. Widam Food Co is keen to use the latest technology in its products processing in line with the international standards and specifications, and based on several key conditions, including fresh produce, high quality and home delivery services.