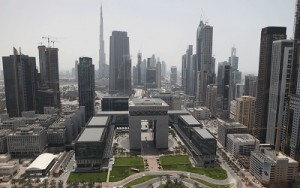 The Regional Economic Outlooks are exclusive reports produced by the IMF for a variety of regions, with internationally verified data that highlights trends and developments across specific geographies, setting the tone for growth, trade and investment. Discussing recent economic developments, opportunities, challenges and prospects, the report is a key tool and call for action for businesses and policy makers alike.

The latest MENAP REO found that despite significant economic headwinds, regional growth is expected to stand at 3.5 percent. In addition, GCC non-oil growth is projected to pick up to 3 percent next year, as the pace of fiscal consolidation eases. The report also noted that lower oil prices and neighbouring regional conflicts are taking a toll on exports and economic activity and that authorities could make faster-than-expected progress in implementing structural reform plans. In addition, it suggested that countries need to accelerate structural reforms to diversify their economies away from hydrocarbons, boost the role of the private sector and create jobs for their rapidly growing labour forces.

The report was launched at a presentation introduced by Arif Amiri, Chief Executive Officer of DIFC Authority, which attracted senior executives and financial professionals working in the centre across sectors such as banks and capital markets, wealth and reinsurance. During the presentation, Dr. Masood Ahmed, Director of the Middle East and Central Asia Department at the IMF, outlined the impact of present-day geopolitical and socio-economic factors on the region’s economies and future development prospects.

Arif Amiri said, “The IMF report, highlighting the current state of the Middle East, North Africa and Pakistan, is a crucial landmark in the financial and business calendar. By outlining the opportunities and challenges in the region, it sets the tone for growth, trade and investment for the coming period. It is a significant tool for businesses and policy makers alike in the region.”

Dr. Masood Ahmed spoke about the key findings of the report, saying, “Despite recent increases, oil prices are projected to remain low over the coming years. Oil exporters are making strides in adjusting their fiscal positions, but much remains to be done. In oil importers, macro-economic stabilisation has advanced thanks to sound policies and lower oil prices, yet reforms need to be accelerated to be able to further boost inclusive growth and jobs.” 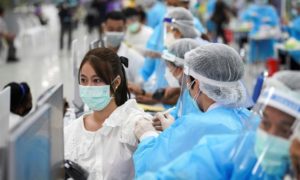