The non-oil exports and re-exports of Abu Dhabi touched Dhs32.8 billion mark between a period from June to August 2020, showing an upward trend by 62.5 per cent compared to Dhs20.2 billion recorded between March and May this year, a latest report issued by the Abu Dhabi Department of Economic Development (ADDED) showed.

The recently released report reveals the emirate’s exports and re-exports of non-oil goods amid the COVID-19 pandemic, particularly between March and August 2020.

Mohammed Ali Al Shorafa, Chairman of ADDED, said, “The recent results showcase the growth in Abu Dhabi’s non-oil exports and re-exports despite the global repercussions of the COVID-19 pandemic, which led to the current economic crisis that has negatively affected all countries.”

Al Shorafa attributed the growth to the UAE capital’s economic and trade relations with countries in the Middle East and around the world. He added that these well-established ties demonstrate the confidence of the global community in and the rising demand for Abu Dhabi’s non-oil products. He added that the latest numbers have proved the regional and global competitiveness of local goods.

ADDED Chairman also reaffirmed the Abu Dhabi Government’s commitment to help sustain the performance of the private companies that benefited from its economic stimulus package that was issued earlier for businesses affected by the crisis. The government has also been proactive in implementing precautionary measures to ensure business continuity in the emirate and ease the impact of the global pandemic on the private sector.

ADDED’s Chairman noted that the Department will further work towards strengthening Abu Dhabi’s exports of various products and commodities to achieve tangible economic returns and enhance the global competitiveness of the national products. He assured that ADDED will continue to support the local economy and preserve the emirate’s economic gains in line with the vision and directives of the Abu Dhabi Government’s leadership.

For his part, Rashed Abdul Karim Al Balooshi, Under-Secretary of ADDED, highlighted the vital role of the Department and its government partners in increasing the local non-oil exports and re-exports. Key initiatives and programmes have been launched to increase the share of non-oil sectors in Abu Dhabi’s gross domestic product, GDP, and bolster the emirate’s sustainable economic development.

Al Balooshi said, “The report’s positive results confirm that the concerted efforts made by different government entities and departments, in line with the Abu Dhabi Government’s vision and directives, have been effective. The emirate has solidified its leading position as one of the top regional and international commercial hubs.”

According to ADDED’s report, Saudi Arabia was the number one destination of Abu Dhabi’s non-oil goods between March and August 2020, with a total value amounting to Dhs15.3 billion. Apart from Saudi Arabia, Switzerland, Hong Kong, China and Kuwait also emerged as among the key trading partners of Abu Dhabi.

Industry supplies; transport equipment, parts and accessories; and food and beverage, F&B, products accounted for 88.7 per cent of the total non-oil exports and re-exports from June to August 2020. Between March and May this year, the share of three economic categories stood at 83.2 per cent.

Pearl products, precious and semi-precious stones, and imitation jewellery; equipment for vehicles, airplanes, ships and similar means of transportation; metals and their related products accounted for 67 per cent of the total non-oil exported and re-exported goods from June to August 2020.

The share of plastics and rubber and their products; pearl products, precious and semi-precious stones, and imitation jewellery; metals and their related products stood at 51.1 per cent between March and May this year.

It may be mentioned that the Abu Dhabi Department of Economic Development regulates the business sector and leads economic initiatives to achieve knowledge-based, diversified and sustainable economic growth. This role is in line with Law No. 7 of 2018.

ADDED proposes the best policies based on the latest research and statistical data from local, regional and global indicators, to drive growth and diversity across various sectors that advance Abu Dhabi Economic Vision 2030.

The Department also prepares strategic programmes by adopting the best economic and administrative practices, employing the best human resources and using the latest global technology and expertise in this area. It advances the economic interests of Abu Dhabi by cooperating with regional and international partners, creating smart synergies built on transparency, innovation and knowledge exchange. All this benefits the business ecosystem and makes Abu Dhabi’s investment globally attractive. 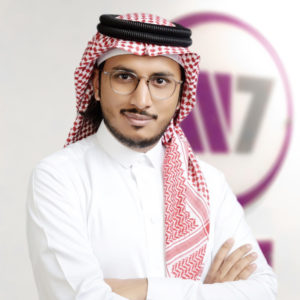