The story behind The Coffee Club

Paul Smith, CEO of Liwa Minor Food and Beverages, speaks exclusively to Catering News ME about his ambitious franchise programme for the Middle East, which began earlier this year with the launch of The Coffee Club franchise 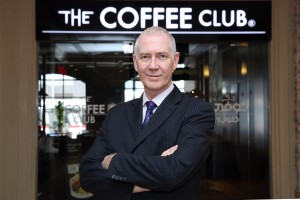 Since its inception in 1989, the café group owned by Minor DKL Food Group, a leading Australian retail food brand franchisor, has expanded to 360 cafés throughout nine countries including Thailand, Egypt and China. The chain that serves more than 40 million cups of coffee to its approximately 30 million customers annually, is well known for its all day breakfast and interiors which serve as a relaxed meeting place for patrons.

Overseeing the arrival and expansion of the group ino the Middle East is recently appointed CEOof Liwa Minor Food and Beverages LLC – a joint venture between the Thai based Minor Group and the Al Nasser Holdings Group –Paul Smith.

Speaking exclusively to Catering News ME, Smith says he hopes the joint venture will become one of the most recognised F&B businesses in the region, measured by customer engagement, operational excellence and people development.

“The UAE is full of opportunity, we see new F&B concepts being launched on a daily basis giving customers huge choice and variety. We need to ensure that the foundations we establish give our customers a great choice of quality brands, outstandingly operated with exemplary customer service; and I’m excited to be part of that,” said Smith.

“Having worked in new market launches in the MENA region, Russia, China, Myanmar, Thailand, Cambodia and Laos, the UAE stands out as having a great foundation of café culture that is already very much part of the country’s heritage.

“The UAE has the highest per capita number of F&B outlets in the world, with 55% of all global brands represented here. With 16,000 more stores expected before 2019, the trick is to differentiate ourselves.

“It is not about brands any more but about positioning and how you serve and those businesseswhich continue the brand route will fail. Although it was heavily brand centric before, the region is now more concerned with the service. In casual dining you have to offer a fine dining experience to win,” argues Smith.

In addition, Smith suggests that with the high rent rates in the region and high labour costs, in terms of advertising, recruiting, transporting and the issuance of visas,operators need to “sweat assets” with all day solutions, for breakfast, lunch and dinner.

He adds: “Customers at different times of the day prefer to be dealt with by different nationalities, and we must be clued in to know what they want. Do we help them sit down, how do we approach, how do we make them feel settled?You need to train staff properly and install in them a passion and connection with customers. The market will move to great food and great service –this will be make or break.”

Liwa Minor has an exclusive franchise agreement for The Coffee Club throughout the Middle East, and is committed to open 60 stores across Gulf in the next five years, expanding then into North Africa and eventually to South Africa.

“The Coffee Club will get to a point of six to seven stores by the end of the year in the UAE – balanced across the Emirates. We want to learn so we will sedulously absorb what we can in learning from the market.

“We will be necessarily patient in how we look at this market and start to move out; Liwa has got a great network throughout the Gulf and we will jump on the back of that.”

Speaking about the initial launches of The Coffee Club, Smith adds: “The Vita Mall store on Al Wasl road in Dubai has been brilliant, very quickly developing a good reputation with customers. In Yas Mall we have a great location but we’re probably two years ahead of the curve with the residential around there. Although we hit all targets at the weekend, we are having to sweat the weekend asset to pay for weekday costs. And the mosque is a complete unknown.

“We have the opening in Dubai Airport Free Zone, one location on the Golden Mile, at The Palm Jumeirah, and two or three others we are still looking at. We are also looking at a few places in Abu Dhabi. With rents as they are we are looking at smaller locations, and trying to find a way to operate in a smaller location without losing our reputation and image.”

Moving forwards, focus will fall to Kuwait, leveraging off Liwa’s established retail business there,  followed by Bahrain, which in itself will double up as a testing ground for the Saudi Arabian market, with Damman only a short drive away. In turn this will pave the way for expansion into Jeddah and Riyadh.

“Because of the strict segregation laws in Saudi Arabia we need to get the offering perfect and not rush in. Qatar is an interesting proposition too, although it’s notoriously difficult to get food in because of its own regulatory framework,” Smith continues. 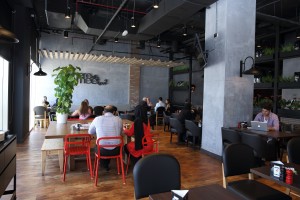 Smith has three differing store formats to deploy for The Coffee Club from a full restaurant, to a reduced menu offering and a grab-and-go kiosk concept, although the initial priority is full-sized full-experience outlets.

Having worked extensively in coffee – launching Costa Coffee in the UAE, Russia and China, Smith has a clear understanding of what clients are looking for.

He explains: “The Coffee Club is chic and has a full food offering for breakfast, lunch and dinner. Feedback, particularly from Arabic customers, is that they appreciate thatflexibility of dining.”

All food is prepared on site,freshand unfrozen, and regional offerings will capitalise on the international popularity of breakfast menus, which include eggs benedict,a burger or even a Thai dish. Specifically for the Middle East market a desserts menu will be launched with “the sweetness dialled up”.

Smith says: “Everything we do goes through a customer heartbeat. All snagging in the restaurants is prioritised in order of what affects the customer experience.”

But the coffee shop concept in the local market is a road well-trodden. Since 2010, the UAE has been the fastest growing market by volume for coffee in the world. According to data from Business Intelligence Middle East, total coffee volume sales grew 80% from 2009-2014 with a CAGR of more than 12% over that time period.

“Our price point is pitched the same. You must get the price point of lattes the same, as everyone recognises that, but we can get our margins out of our quality food. The danger in launching a new brand is pitching the pricewrong.”

Smith is set to launch a new range of cold drinks, whichhe says have been heavily researched to determine exactly what the market will like, with samples brought in from Thailand. This mixture of fruit cocktails, juices and blended ice drinks will all be made fresh in store. Smith adds: “We are driven by what the customers want – we closely follow all social media postings.  It’s about connection and engagement.” 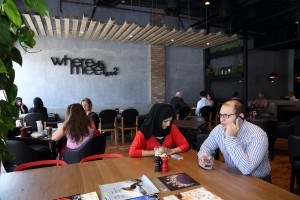 Ultimately, Smith has plans to bring a portfolio of Minor brands into the region and at the same time Liwa Minor will act as independent JV to look at other brand franchising opportunities. He adds: “I have two to three brands I want to introduce in the next 18 months. The intention of this business is to build a food and beverage business around premium quick service restaurants (QSR) – choice and not variety.”

Aside from The Coffee Club franchise, Smith is looking at new concepts in Italian, Thai and Chicken food. While new to this region, all these concepts exist in their own geographical markets and perform very well in pressurised, highly competitive, prime real estate markets. “They have had to think about their position and how to sweat the asset,” adds Smith.

Aside from reinventing the region’s QSR offering, Smith is also very keen on the training and development of young people in the region. He adds: “I found a company out here with a big data pool of people within one or two years of a degree looking for traineeships or internships and I’m really keen to tap into that young talent to give people an opportunity. Rather than go to the traditional market I willlook for some bright young talent and see if the relationship can work. Giving people a chance is important today,” he adds.

The Coffee Club is owned by Minor DKL Food Group; a leading Australian retail food brand franchisor with a combined 410 restaurants in 11 countries. Since opening its doors in Brisbane in 1989, The Coffee Club has become Australia’s largest home-grown café group with more than 360 cafés throughout nine countries, serving as a relaxed meeting place for 30 million annual customers. Its mission and philosophy is to offer ‘Good Food, Great Service and Excellent Coffee’. Smith says: “We want to be the answer to ‘Where will I meet you?’”