As Mango Tree Worldwide closes its only Middle Eastern outlet at the prime location of Dubai’s Souk Al Bahar, managing director Trevor Mackenzie asserts that the Thai brand will return to the region before the end of 2016. Crystal Chesters reports 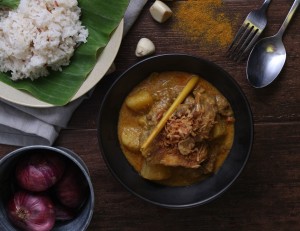 After almost a decade of operations, Bangkok-founded Thai restaurant brand Mango Tree will depart from what is arguably one of the most sought-after spaces in the region – the terrace of Dubai’s Souk Al Bahar, which overlooks The Dubai Fountain. Considering how challenging it can be to secure such a location, it’s not surprising that Mango Tree Worldwide managing director Trevor Mackenzie is sad to be leaving.

During an interview with Catering News Middle East at the restaurant just weeks before its closure, Mackenzie reminisces about the early days in 2007 when the venue, franchised by Landmark Group, first set up shop. “I’m sad to see it go,” he says. “When we first looked at the site there were no patios so we went to Emaar and they built them for everyone. I think it really changed how the souk works because before it was an internal space. I’m glad they changed their minds.”

Mackenzie is clear that Mango Tree isn’t going because of performance issues, but rather due to the preferences of the landlord, Emaar Hospitality. “It’s not because we’re not performing – we’re performing very well. This is one of my top locations in the world for performance and when I tell investors the type of volumes we do here, they’re like ‘wow…ok’. It’s not for lack of working and trying – these things happen. I’ve just got to look at it positively and think, ‘ok, on to bigger and better’. This isn’t my destiny.”

Despite the positive performance Mackenzie professes, he admits the price hikes for Emaar rentals in recent years, in addition to the premiums charged for views over The Dubai Fountain and Burj Khalifa, has put a strain on profits. 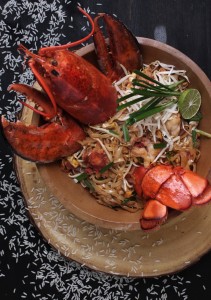 “Emaar has raised its rentals quite a bit over the past couple of years and it’s something everyone in Dubai talks about. A 30% increase is massive, and it’s not necessarily just here but everywhere. As restaurateurs we talk about how expensive restaurant rentals in Dubai are and Emaar has set this new benchmark price, which is really unrealistic for F&B operations.

“We all have a certain percentage we like to be at for rental and we know we can be profitable but then when things like labour costs start to go up and you pay more for staff housing, this adds to our costs. With rental costs combined it brings down the overall profits,” he says, adding that running an F&B operation in Dubai today is not what it used to be. “In the early days, everyone thought that opening restaurants was super profitable, but now I think everyone realises that we really run on a very thin line.”

At the time of our interview, both Mango Tree and its next door neighbour Rivington Grill – which  will also close this month – were speculating about which operator might fill the empty spaces, however Catering News Middle East has since been informed that Melbourne fish restaurant brand, The Atlantic will take over under a franchise agreement with Solutions Leisure, the company behind successful Dubai-grown concepts such as Q43 and Lock Stock & Barrel, and franchisee of Asia Asia in Pier 7 and Karma Kafé, also in Souk Al Bahar (full story on p8).

All is not lost however, and Mackenzie is adamant that Mango Tree will be back in region. His major criteria? A location as outstanding as Souk Al Bahar. “For Mango Tree, no matter what, we’re always looking at a class A location, so it has to be something with a ‘wow’ factor. If you look at this, it has the fountain, you look at Tokyo, it oversees downtown Tokyo,” he says.

In addition to spectacular views, Mackenzie is after a place where guests can have a unique experience. Clearly Souk Al Bahar gives guests – particularly tourists – the theatrics and music of the half-hourly fountain display, and a talking point like this is central to the Mango Tree concept. It isn’t simply a place to eat Thai food, Mackenzie asserts, highlighting the new Mango Tree on the River in Bangkok, where guests are whisked along the Chao Phraya River before being dropped off at the restaurant. 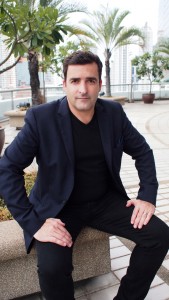 “In every location we do something different. For me it’s a lifestyle concept – I hate being lumped into this category of Thai food,” he explains, pointing out that the restaurants avoid featuring the usual Thai paraphernalia, such as Buddha statues or elephants. “Sometimes I hear people say, ‘if you want Thai food, go to Mango Tree’ – how about going to Mango Tree because you want to go to Mango Tree?” he asks.

The Thai lifestyle is something Mackenzie exudes, and having lived there for 12 years, he has even been accused by the chairman of the family-run business, Pitaya Phanphensophon, of becoming too eastern with his laid-back attitude. Mackenzie first entered the F&B industry in Canada “by accident” as a bartender, before working his way up to a senior front-of-house position at well-known fine-dining restaurant, Blue Water Café. During a trip to Thailand, Mackenzie came across Mango Tree Worldwide. The company was established in 1957 by Khun Srichai Phanphensophon who opened the first Coca restaurant in Surawong, and his song Pitaya went on to launch Mango Tree in 1994. When Mackenzie came on board 10 years later, there were just three locations for the brand – in Bangkok, Tokyo and London. Today, there are 40 spanning the same three locations, as well as Philippines, China, and now the US, with a Washington DC venue marking the first step in the group’s expansion throughout the North American continent.

“We always had a philosophy to move west. We launched in the US last year, so we’re gearing up our US operation to be ready to expand across the rest of the US. We’re taking it step by step to see what’s happening in the market,” says Mackenzie. Meanwhile, the company’s China expansion is being handled by a trusted partner, and Mango Tree will open its second venue there in October this year.

In addition to trialing new markets, a number of brands were introduced under the Mango Tree flag to offer more flexibility to investors. Mango Tree Bistro, a casual standalone brand that is “more alcohol driven” and Mango Tree Café, which is alcohol-free and focused on simple, approachable dishes such as Thai green curry, pad Thai and children’s options, making it suitable for mall locations.

In addition, Mackenzie believes that Saudi Arabia would be the perfect testing ground for a non-alcoholic version of the flagship brand, Mango Tree. A standalone site in Jeddah was confirmed previously, with the restaurant fully designed, however a disagreement between the partners led to the project being cancelled. This time, Mackenzie is in negotiations for a hotel location.

“We’re looking at a few sites under construction in Jeddah,” he reveals. “I get excited about Saudi Arabia because I can see how to do our flagship brand without alcohol. We’ve had proposals to go to Pakistan and Bangladesh, and I’ve said no because alcohol is part of what we deliver [in our flagship brand] but Saudi will be a learning experience to understand what we can deliver in our restaurants without the alcohol component.”

Testament to the challenges Mango Tree has faced in trying to run the flagship brand without alcohol, was the company’s experience in Qatar. A Mango Tree restaurant was operated on The Pearl for two and half years but once the venue lost its alcohol license, profitability became an issue. “We tried for another year, but people just weren’t coming back,” says Mackenzie. “We had this ‘wow’ location where you could pull up in your yacht right next to Mango Tree and we did fashion shows and sundowner events but once all that went away, the lifestyle element disappeared and it became a café.” Asked whether he considered changing the brand to fit under the Mango Tree Café flag, he comments: “The Pearl rentals weren’t that cheap so we needed to do a certain amount of volume or have that higher average cheque component to survive, so we decided it was in our best interest to close the outlet and protect the brand.” However, Mackenzie has plans to be back in Qatar also and is currently scouting out locations.  “I believe in Qatar and the future so I want to get in before it’s oversaturated,” he comments.

Oman and Abu Dhabi are also promising locations, however Mackenzie continues to test the water with both, not wanting to go in too early. With reference to Oman, he says: “I think I eventually will. I just think Thai food at the level of Mango Tree it’s maybe not mature enough yet.” And on the prospect of an Abu Dhabi restaurant, he says: “We do see that we need to have a Mango Tree in Abu Dhabi so we will have one there no matter what.”

Despite his interest in the wider GCC, the Canadian businessman’s number one priority for now is to return to Dubai, and he is in discussions with some potential partners. Putting his laid-back Thai philosophy to the side, he admits the race is on to return to the region by the end of the year with a Dubai venue.

“We don’t want to be out of the region. I came here years ago when there was nothing. I believe in the region for the long term and the growth possibilities for our brand are endless… I’ll be back,” he says.