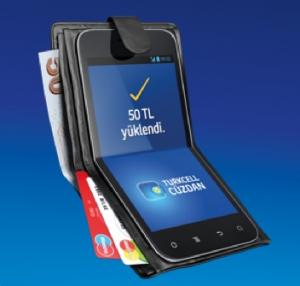 The U.A.E. Banks Federation has announced the formal launch of the implementation of the Mobile Wallet project with the support of the Central Bank.

The project, first unveiled in February, has been developed by a special committee of 9 member banks under the Chairmanship of Tirad Al Mahmoud, CEO of ADIB, and works under the aegis of the U.A.E. Banks Federation in close coordination cooperation with the designated committee of the Central Bank.

The implementation of the project is being supported by a leading global technology consultancy, and will be introduced over the coming year. It will comprise a number of phases, the first of which will be to put in place a mobile payments and money transfer platform for smart phones and other digital devices.

The U.A.E. Banks Federation committee, which has been co-ordinating the project since June 2013 on behalf of all 49 banks, comprises representatives from ADCB, ADIB, CBD, DIB, ENBD, FGB, MasreqBank, NBAD and SCB “The Mobile Wallet supports a critical national goal, which is for Smart Government to touch every individual in the U.A.E.. The U.A.E. will be potentially the first country in the world where the whole banking sector supports such a programme, which will impact everyone s daily lives in one way or another. Enabling government services to be paid for using state of the art technology, but going one stage further by also providing residents with the ability to make purchases, store money and transfer it to others in a very secure environment is unique,” said Abdul Aziz Al Ghurair, Chairman of the U.A.E. Banks Federation.

Tirad Al Mahmoud added, “We have already received very positive feedback on the project from a wide range of merchants and retail outlets around the country. We strongly believe that the popularity of the system will be driven by the uptake of users, and the ease of payment and intuitiveness of the system which supports it. Additionally, the system has been designed to make usage available to all levels of society, including those who do not have bank accounts.” Once operational, the Mobile Wallet will be managed by a separate entity supported by U.A.E. banks and regulated by the Central Bank. Future phases of the project will make the Mobile Wallet available to visitors to the U.A.E., and will further extend the usability and functionality of the system.

The Mobile Wallet is the financial component of the Smart Government initiative announced by Vice President and Prime Minister and Ruler of Dubai, His Highness Sheikh Mohammed bin Rashid Al Maktoum, in May 2013. Smart Government has identified over 90 services provided by government departments requiring payment and the Mobile Wallet has been designed to allow these to be made from a purpose-designed platform that interfaces with all banks operating in the U.A.E.. The project also incorporates the facility for smart phones and other digital devices to be used for cashless purchasing in U.A.E. retail and other outlets, as well as a means to store and transfer money.