The volume of inbound and outbound shipping through the Port of Beirut in the first four months of the current year dropped by 13.66% to 2.455 million tones, compared with 2.843m tonnes in the same period of last year.

In April, shipping through the port edged down by 4.52 per cent in April to 643,700 tonnes, compared with 674,200 tonnes in March, according to the data published by Almustaqbal. 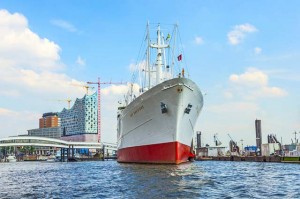 In the January-April period, the number of ships docking at the port dipped by 16.1 per cent to 565 ships, compared with 674 ships in the same period last year.

The number of containers showed a decline of 8.6 per cent to 347,185 containers in the four-month period.

Interestingly, despite the downturn in volumes and numbers, the total revenues of the port edged up by 5.9 per cent in the first four months of this year to $72.1m.

It is also noteworthy that shipping through the Port of Beirut and other Lebanese ports could increase as the Lebanese government has been mulling options to open alternative maritime export routes following the closure of a vital land port that crosses Jordan and Syria, through which Lebanese products travel to regional countries.