A U.S. media report quoting the Saudi intelligence chief as mocking Qatar over its small population has drawn a stinging rebuke from Doha, underlining tensions between the two Gulf Arab states over clashing foreign policies. 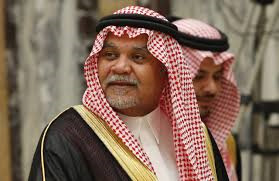 While both are in the Gulf Cooperation Council political-military bloc, Qatar and Saudi Arabia have strong differences with Doha backing Islamists in Arab Spring revolts elsewhere and Riyadh opposing them as a threat to regional stability.

Qatar had taken an especially robust lead in supporting Arab Spring revolutions in Syria, Egypt and Libya before Saudi Arabia earlier this year imposed itself as the main external backer of Syrian rebels fighting to topple President Bashar al-Assad.

The Wall Street Journal reported that Prince Bandar bin Sultan, a veteran Saudi ambassador to Washington who is coordinating Saudi aid to the rebels, had said at a meeting last summer that Qatar was “nothing more than 300 people … and a TV channel”, quoting a person familiar with the exchange. The “TV channel” is Doha-based pan-Arab satellite network Al Jazeera.

Qatari Foreign Minister Khaled al-Attiya shot back in a Twitter message that became an instant sensation in the tiny Gulf Arab state.

“One Qatari citizen is worth an entire people and the Qatari people are equal to an entire nation,” he wrote. “This is what we tell our sons, with all respect to the others,” he added.

The Qatari newspaper al-Sharq said on Sunday the message was retweeted by more than 600 people in the first few hours, after a “hashtag insulting to Qatar (Qatar 300 people and a (TV) channel” spread on social media.

Qatar’s Foreign Ministry confirmed the account belonged to Attiya but declined to make further comment, while Saudi officials were not immediately available.

Qatar has become quieter on the foreign stage since veteran emir Sheikh Hamad bin Khalifa al-Thani stepped down in favor of his crown prince and son, Sheikh Tamim Khalifa al-Thani, in June.