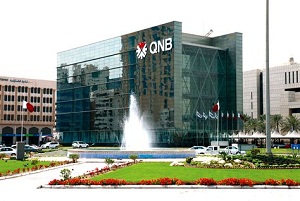 The European Central Bank (ECB) announced a package of monetary stimulus measures on Thursday, June 5. The package includes lowering the deposit rate to -0.1% the first time that the ECB will charge commercial banks for depositing excess reserves at the central bank. It also included a new program to provide banks with cheap funding to encourage lending to the real economy.

The aim is to provide a monetary stimulus to avoid deflation within the Eurozone. These new measures are important to prevent deflation but more may need to be done if the current trends of negative foreign inflation and weak domestic demand continue. The new policies are likely to reduce the spreads between Italian, Greek, Portuguese and Spanish bond yields (the so-called periphery) and those on German bunds, while the Euro is likely to weaken if the inflation outlook improves.

Unlike earlier ECB measures which aimed at saving the Euro, the ECB approved this package on June 5 because of the deterioration in the economic outlook, especially in the form of low inflation. Eurozone inflation has been steadily declining, falling to 0.5% in May, well beneath the ECB target of below, but close to, 2%. Moreover, the outlook for inflation is worsening: the ECB has revised down its forecast for 2014 inflation to 0.7% and expects low inflation to persist over the medium term. This risks re-enforcing the state of low inflation or possibly even deflation.

Absent proactive monetary intervention, the Eurozone is at risk of turning into Japan with a prolonged period of deflation and slow growth, made worse by a declining population. The threat of Japanification prompted the ECB Governing Council to act decisively and, significantly, in a unanimous manner.
The most headline-grabbing measure was the lowering of the interest rate corridor leading to a negative deposit rate.

The ECB is hoping that, by charging banks for depositing their excess reserves at the ECB, they would have a strong incentive to lend more money to the real economy. While setting negative interest rates is an unprecedented step for a major central bank (Denmark and Sweden have recently had negative rates with no major impact on the domestic economy), this may not be the most significant measure taken by the ECB. Excess reserves have been trending downwards as banks have been repaying their borrowings from previous ECB long-term refinancing operations.

Furthermore, there is little scope for decreasing the rates further with Mario Draghi, the President of the ECB, clearly stating that “for all the practical purposes, we have reached the lower bound.” However, it does signal intent of the ECB to pursue unconventional monetary policies.

The most significant measure taken by the ECB, in our view, is the Targeted Long-Term Refinancing Operation (TLTRO). This provides cheap funding for banks, the quantity of which depends on the size of the banks’ loan book. Specifically, banks could initially borrow from the ECB up to 7% of their outstanding loans to non-financial private sector and households (excluding mortgages). The size of this entitlement is around EUR400bn.

In addition, on a quarterly basis from March 2015 to June 2016, banks are also entitled to borrow up to three times the change in net lending in excess of a specific benchmark. The benchmark, however, is a very low one: it takes into account net lending to the nonfinancial private sector (excluding mortgages) in the 12 months prior to April 2014. During this period, JP Morgan estimates that net lending contracted by EUR150bn, which means banks will be entitled to an additional EUR450bn of cheap funding if they simply keep their loan book unchanged! Overall, TLTROs entitle banks to borrow up to EUR850bn cheaply and on very generous conditions.

By way of comparison, excess liquidity at the ECB, which may be affected by the negative deposit rate, stands below EUR100bn. The aim of such large scale operation is to improve lending to the real economy. If slow lending in the Eurozone is due to supply constraints as banks are unable to obtain funding at reasonable costs, then TLTROs should help resolve the problem.

However, part of the story may also be related to the need for banks to increase capital adequacy to meet higher Basel III requirements. The experience of a similar package in the United Kingdom, the Funding for Lending Scheme (of which TLTRO is a copy albeit a far more generous one), suggests that weak demand for loans and the need for banks to increase their capital adequacy might limit the effectiveness of the program.

Financial markets seem to be have received the ECB’s package positively. Stock markets have rallied while the Euro was little changed after weakening by 2% against the US dollar in the run-up to the meeting. Sovereign bonds markets are where the reaction has been most aggressive, with Italian and Spanish yields declining by 30 basis point since the meeting.

Going forward, we expect further declines in the spread of Spanish, Italian and periphery bonds in general over German bonds. The new measures are likely to improve the growth outlook in the Eurozone, reducing the default risk premium of periphery countries and therefore the yield they pay. Furthermore, TLTROs have no penalties for breaking the lending conditions, except an early repayment in September 2016. This still gives banks a two-year window for a carry trade by borrowing cheaply from the ECB and lending to periphery sovereigns and corporates at higher yield.

The outlook for the Euro depends on whether the new measures by the ECB can provide a positive boost for inflation. If inflation improves, then the Euro is likely to weaken further on lower real interest rates.