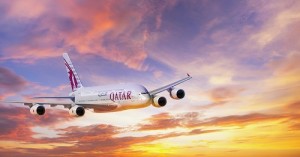 Qatar Airways announced an new expansion in its network in the UK by operating a new service between Doha and Birmingham, from 30th March 2016.
The carrier said in a press release today that the new destination is an addition to its existing services to London Heathrow, Manchester and Edinburgh.
Birmingham is the largest and most populous city outside of London and is situated in the West Midlands. The economy is largely dominated by the service sector and the city is an important transport, retail, events and conference hub. It is the centre for the largest concentration of businesses outside of London, boasting 34,285 companies including over 700 international firms. The city attracts nearly 34 million people a year for both business and pleasure and is ideally situated at the centre of the UK’s rail and motorway network.
Qatar Airways Group Chief Executive Akbar Al Baker said: “We are delighted to announce Birmingham as Qatar Airways’ fourth destination in the United Kingdom from March 2016. This additional route strengthens Qatar Airways’ commitment to the regions across the UK and will create new commercial and leisure links between the city of Birmingham and the 152 destinations served by the airline. We look forward to welcoming new passengers on board our award-winning product, and to connecting Birmingham to the rest of our rapidly expanding network.
Birmingham Airport Chief Executive Officer, Paul Kehoe said: “This is fantastic news for both Birmingham Airport and the region, and is our tenth new airline to announce or launch this year.”