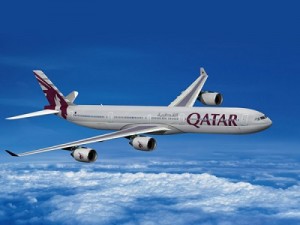 Qatar Airways said it is increasing its operations to Jakarta with the addition of four new flights a week, bringing the total to 18 flights per week.
The route, which is serviced by a combination of Airbus A330 and Boeing 777 aircraft, will now offer an additional 192 business class and 1,888 economy class seats per week, an increase of 2,080 seats overall.

“The demand for flights to Jakarta has risen tremendously over the years. As a result, the number of customers that have chosen to fly with us has also increased. In order to meet that demand, we are increasing the number of flights per week, in line with our commitment to offering our passengers our five-star service and an enhanced travel experience,” Qatar Airways Chief Executive Officer Akbar Al Baker said.

The Jakarta route was re-launched in 2001 with direct service to the most populous city in both Indonesia and Southeast Asia. With a population of 28 million, the Indonesian capital is ranked 17th among the world’s 200 largest cities, and has grown rapidly thanks to a blossoming economy and infrastructure development.

In a separate development, the carrier said more than 1,000 delegates will participate in the 70th International Air Transport Association (IATA) annual general meeting and World Air Transport Summit. Ooredoo will participate as the event’s official telecom partner, while Alfardan Automobiles will be the official VIP transport partner.