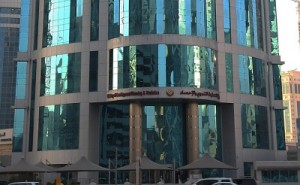 Ministry of Development Planning and Statistics

Under the auspices of HE Prime Minister and Minister of Interior Sheikh Abdullah bin Nasser bin Khalifa Al-Thani, the Ministry of Development Planning and Statistics (MDPS) will organize the World Statistics Day Forum at Grand Hayatt hotel on Tuesday. The forum is part of its celebrations of the World Statistics Day which is marked under the slogan “Better Data, Better Lives”.
The forum will be attended by a number of ministers and senior officials in the country, and invitees from regional and international statistical agencies in addition to dignitaries at the ministries, business sector entities, universities, research centers, and NGOs. Representatives from the UN, Arab and Islamic organizations, and national experts and officials from the country’s different ministries and agencies will be guest-speakers at the forum.
The forum aims at spotlighting the importance of official statistics in the formulation of policies, and monitoring of development achievements. It will also be an occasion for exchange of views, ideas, expertise associated with the “Data Revolution for Post-2015 Development”, and its statistical implications on the sustainable development agenda, and use of official statistics in the planning for sustainable development. The World Statistics Day celebration comes upon request of the UN General Assembly, during its 69th ordinary meeting held on June 03, 2014 in New York, when all the member-states were invited to celebrate this occasion once each five years.
During the forum’s sessions, the findings of the Simplified Census of Population, Housing, and Establishments 2015 will be unveiled. This Census, conducted by the MDPS in cooperation with MMUP, intends to provide a proper database to carry out comparisons, projections of demographic data, and the community’s social, economic and urban characteristics. The forum is also an opportunity to pinpoint the concerned ministries’ needs for statistical data that are necessary to the formulation of sectorial strategies for 2017-2022, and to establish partnership relations and effective cooperation between the MDPS and the rest of the country’s ministries and agencies.
On the sideline of the forum, the ministry will organize a show of the main images and tools used during the census conducted in Qatar in previous decades. The show will highlight Qatar’s interest in the census regarding the overall planning for the future.