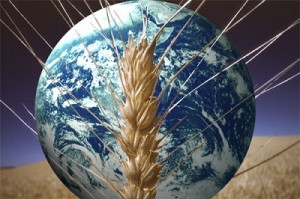 the Food and Agriculture Organization ”FAO”

Kuwait’s new delegate to the Food and Agriculture Organization (FAO) Yusuf Jehail has submitted his credentials to the organization’s director general Josأ© Graziano da Silva.
During a reception held for the purpose at the FAO, da Silva appreciated Kuwait’s active and effective role within the FAO, especially regarding challenges pertinent to food security and famine.
Kuwait’s support for FAO activities is part of this Gulf country’s fruitful contribution to, and pioneering role in, backing world development and humanitarian issues, he said.
He also highly commended the interest of the Kuwaiti government, represented by the Public Authority for Agriculture and Fish Resources (PAAFR), in the promotion and development of cooperative relations with the FAO.
He added that he will visit Kuwait by the end of this year in order to sign the final agreement for opening the FAO office in Kuwait which he said would certainly contribute to bolstering and consolidating Kuwait’s development plans and policies and enriching its national experience.
Welcoming the new Kuwaiti delegate to the FAO, the chief of the international organization vowed to provide him with all types of support and help he could need in his new career with a view to developing positive partnership between the FAO and Kuwait.
For his part, Jehail thanked the FAO director general for warm welcome and appreciated the organization’s main role in strengthening its great development goals and purposes.
He said the Public Authority for Agriculture and Fish Resources (PAAFR) is keen to cement and beef up its partnership with the FAO and to capitalize on the organization’s unique potential in carrying out projects and building youth national skills.